Flashback HD is a science fiction platformer developed by VectorCell and published by Ubisoft. A remake of the classic 1992 Delphine Software video game Flashback – and overseen by original designer Paul Cuisset – players once again take control of Conrad B. Hart as he tries to piece his memory back together and foil an alien plot to destroy planet earth.

END_OF_DOCUMENT_TOKEN_TO_BE_REPLACED

Worms Revolution is the latest instalment of Team17’s popular Worms series of artillery strategy video games. When Alternative Magazine Online previewed the game last month, we noted that “Worms Revolution could mark a pleasing return to form for the series.” AMO has extensively played the PC (Steam)/PlayStation 3 (PSN) versions of the game and the verdict is in. So, does Worms Revolution manage to revolutionise the series and return it to its roots?

END_OF_DOCUMENT_TOKEN_TO_BE_REPLACED

Machinarium is an award-winning indie point-and-click adventure game created by Amanita Design, a small independent game developing studio based in the Czech Republic. Originally released in 2009 on PC (AMO’s original review described it as “a unique, original adventure”), the game has since been released for iPad 2, BlackBerry PlayBook and Android devices. On the 6th September 2012, Machinarium was finally released on the PlayStation Network in Europe.

END_OF_DOCUMENT_TOKEN_TO_BE_REPLACED 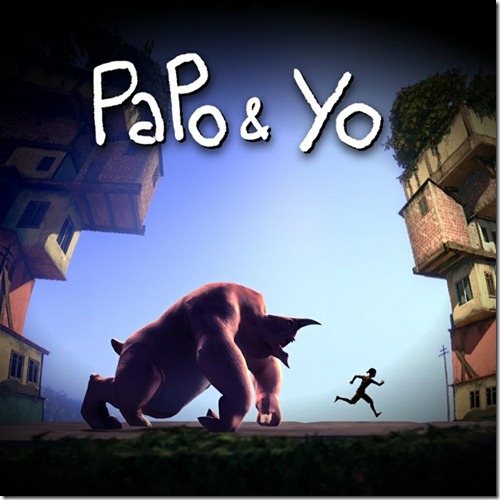 Papo & Yo is a downloadable puzzle-platforming adventure for the PlayStation Network that marks the debut release of Montreal-based studio Minority. Players take control of a young boy named Quico as he tries to save his best friend, Monster. A gentle, docile beast with a love of yellow fruit, Monster has a serious problem: he is addicted to eating frogs. Once he does so, he turns into a flaming, raging beast that only wants to attack people. Together, Quico and Monster must journey through a colourful and constantly shifting favela in search of a cure before it’s too late. Papo & Yo was released on the PlayStation Network in Europe on the 15th August 2012.

END_OF_DOCUMENT_TOKEN_TO_BE_REPLACED

GAME REVIEW – I Am Alive (PSN)

I Am Alive is a downloadable third-person survival adventure game developed for Xbox Live Arcade and the PlayStation Network by Ubisoft Shanghai. Originally developed by Darkworks between 2008 and 2010, Ubisoft Shanghai eventually stepped in to complete production, releasing the game in 2012. Taking place in the fictional American city of Haventon one year after a major disaster simply referred to as ‘The Event’ – a series of earthquakes that levelled buildings and covered the land in poisonous dust clouds – players take control of an unnamed male survivor as he fights to reunite with his wife and daughter.

END_OF_DOCUMENT_TOKEN_TO_BE_REPLACED

Smash ‘N’ Survive is a ‘brutal vehicle combat game’ and the debut PlayStation 3 release from Version 2 Games, an Indian development studio and publisher. It is touted as being ‘a  unique destructive vehicle combat game, featuring over 30 unique concept customisable cars, 10 massive destructible circuits, an innovative single player campaign, split screen and multiplayer mayhem as players battle it out with up to five others via Sony Entertainment Network.’ It sounds great, but hands-on time with this exclusive PSN game quickly reveals an entirely different beast beneath the bonnet.