BOOK REVIEW – The Art of The Jungle Book by Ellen Wolff 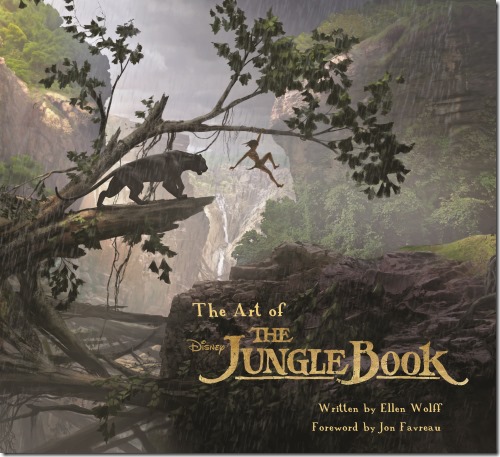 The Art of The Jungle Book by appropriately named writer Ellen Wolff is the official companion to the recently released live-action Disney adaptation of Rudyard Kipling’s collection of stories of the same name. Published by Titan Books, with a foreword by the film’s director Jon Favreau (Swingers, Iron Man 3), the book offers an inside look at the technological magic behind the art of the film, along with interviews with all of the key cast members.

END_OF_DOCUMENT_TOKEN_TO_BE_REPLACED

BOOK REVIEW – Back To The Future: The Ultimate Visual History by Michael Klastorin and Randal Atamaniuk

Back To The Future: The Ultimate Visual History, created in conjunction with Universal Pictures and fully endorsed by director/co-creator Robert Zemeckis and producer/co-creator Bob Gale, is a deluxe, officially licensed book that goes behind the scenes to tell the complete story of the making of the Back to the Future films. Written by Michael Klastorin – the production publicist on the second and third movies – and Back to the Future expert Randal Atamaniuk, this treasure trove for fans features hundreds of rare and never-before-seen images from the set, concept art, storyboards and other visual treasures, along with brand new exclusive, in-depth interviews with key cast and crew members. In Back to the Future Part II, Marty McFly and Doc Brown travel into the future, to the 21st October 2015 – today! The release of this book commemorates that date, as well as the thirtieth anniversary of the release of the original film in 1985.

END_OF_DOCUMENT_TOKEN_TO_BE_REPLACED

FEATURE ARTICLE – Broken Sword: The Shadow of the Templars – The Film Script 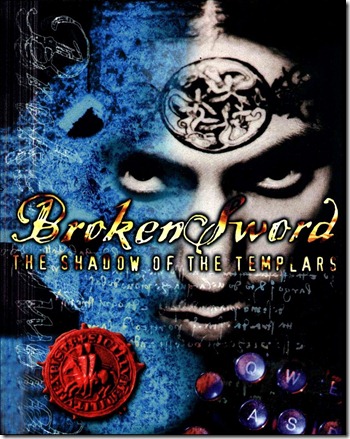 END_OF_DOCUMENT_TOKEN_TO_BE_REPLACED

BOOK REVIEW – The Art and Making of The Dark Knight Trilogy

The Art and Making of The Dark Knight Trilogy by Jody Duncan Jesser and Janine Pourroy offers Batman fans a comprehensive behind-the-scenes glimpse into the world Christopher Nolan created with Batman Begins, The Dark Knight and The Dark Knight Rises. Featuring text based on in-depth interviews with Nolan and key cast and crew members from all three films, this enormous 304 page, 23.5 x 2.8 x 30.2 cm coffee table book is supported by lavish art and never-before-seen photography.

END_OF_DOCUMENT_TOKEN_TO_BE_REPLACED

Following the success of the previous AMO awards in 2009 and 2010, Alternative Magazine Online is proud to present our top picks of the best films, games, books, graphic novels and music of 2011!

END_OF_DOCUMENT_TOKEN_TO_BE_REPLACED

Following the success of last year’s 2009 AMO awards, it only seemed fair to make them an annual tradition. This year, things are a little different: we’ve expanded our award categories to encompass a wider range of great products from the past year. So, without further ado, here are AMO’s top picks of the best films, games, books, graphic novels and music CD’s of 2010!

END_OF_DOCUMENT_TOKEN_TO_BE_REPLACED

FEATURE ARTICLE – Spinning Tops and Unicorns: The Ending of Inception

I finally went to see Christopher Nolan’s Inception last night and it blew my mind. I thought it was phenomenal: a big budget science fiction film that deftly manages to grip the minds of a mainstream audience. It is a big film with even bigger ideas. Leonardo DiCaprio is fast becoming one of the finest actors of our generation. Following Shutter Island, it is hard to argue against the fact that he has dominated the silver screen in 2010, mixing natural charisma with genuine humanity. Yet after Inception finished, I knew the one thing on people’s minds and lips as they left the cinema would undoubtedly be the ending… (Warning: Spoilers!)