With this book, I’m happy to take you back in time for a nostalgic throwback to 1993. Hold onto your butts for a toy story sixty-five million years in the making.

Every Jurassic Park fan remembers the scene in the original film where Ian Malcolm rants at John Hammond about corporate irresponsibility and greed. “You stood on the shoulders of geniuses to accomplish something as fast as you could and before you even knew what you had you patented it and packaged it and slapped it on a plastic lunchbox, and now you’re selling it, you want to sell it.” 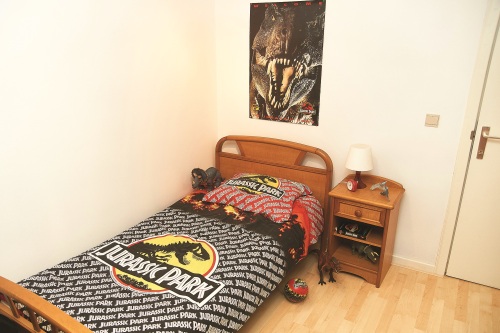 That memorable scene is a truly great example of fiction mirroring reality; the release of Jurassic Park in 1993 unleased a tidal wave of tie-in merchandise the likes of which had never been seen before. Bed covers, action figures, video games, soft toys, stationary, books… you name it, they slapped it on a plastic lunch box. The film was a smash hit and the money kept rolling in. I myself have fond childhood (and indeed, adult) memories of the films and their associated merchandise.

It would be easy, looking back as an adult, to be a touch cynical like Dr. Malcolm. After all, some of the Jurassic Park merchandise released over the years has been of questionable quality to say the least, undoubtedly rushed out to make a quick buck… yet this book’s highly personal foreword will soon put readers in the right frame of mind. Kristof Thijs was just eleven years old when he first discovered a new line of dinosaur toys in his local Belgian toy shop.

He began collecting Jurassic Park toys without even realising what they were about. Later, he saw the film and became fully invested as both a fan and collector. He went on to create a ‘museum’ in his house, making entry tickets for his friends and family. His collection grew and grew and when he was sixteen, he created www.jurassictoys.net. He still has a room with all his toys in, and looking at them takes him back to his very first experience as a little boy in that local Belgian toy shop. And just like that, any lingering cynicism melts away.

Jurassic Park Collectables takes all of this merchandise – mostly plastic toys – and treats them with the childhood reverence they deserve. These toys meant something – they still mean something – to boys and girls, men and women around the world. This book is filled to the brim with well-earned nostalgia and captures the Jurassic Park zeitgeist perfectly.

The high-res images throughout continually draw the eye – there is so much cool stuff to discover; some of it you’ll recognise, while some of it will be brand new. 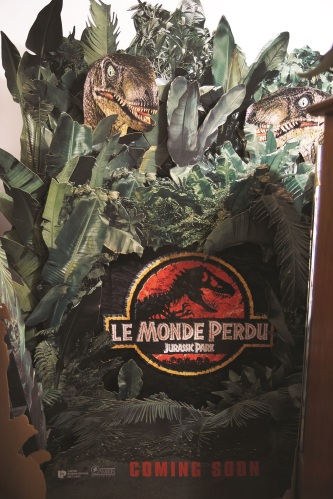 It’s clearly and thoughtfully laid out too, with a chapter dedicated to each film (including Jurassic World) and a few other chapters to ‘close the gaps’. Anyone of a certain age who is even remotely interested in Jurassic Park and/or Jurassic World will undoubtedly get a buzz flicking through this book and nodding sagely when they find something they used to have as a child/still have now. 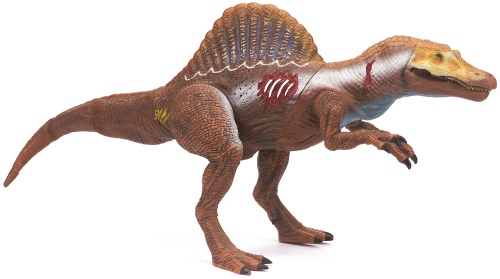 The text is highly informative throughout, although it’s a little dry outside of the chapter introductions. It would have been nice to hear some personal anecdotes from Kristof about how he acquired certain rare items, or how much certain items are currently fetching on eBay. 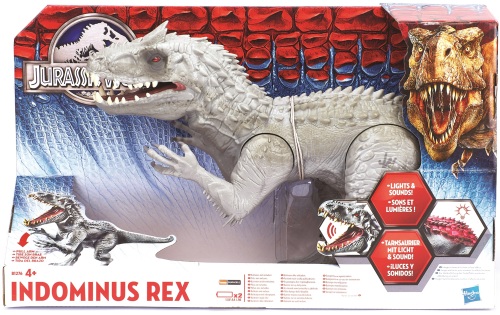 However, these are ultimately small complaints; this is a book that delivers on the promise of its title and charming front cover. I particularly connected with the sentiment that the author conveyed very early on: the golden rule of collecting is to have fun. Whether you leave the toys in their original packaging, or open them and let your kids play with them, it doesn’t matter as long as you’re having a good time. Such a non-snobbish approach to any form of collecting is highly refreshing and much appreciated.

Jurassic Park Collectables is a joy to read from beginning to end. Well-researched and full of colourful imagery, it’s undoubtedly niche; but for the right reader it will be hard to put down.