Finding Paradise is an indie adventure RPG created by hugely talented game designer Kan Gao and his development studio Freebird Games. Creating a follow-up to To The Moon – which Alternative Magazine Online’s 2011 review described as “yet another shining example of an indie developer, free from the shackles of a mainstream gaming studio, weaving pure magic” – was never going to be an easy task. Finding Paradise arrives with the weight of expectation upon its shoulders then; but can it step out of the shadow of its beloved predecessor?

Please note: although this is a stand-alone adventure, AMO highly recommends playing To The Moon first if you haven’t already done so. It has taken six years – with some free ‘minisodes’ and 2011’s hour-long A Bird Story in the interim – for Finding Paradise to arrive.  Those intervening years have made it all too easy to forget just how much fun it is to spend time in the company of Dr. Eva Rosalene and Dr. Neil Watts, sifting through the memories of a dying patient while desperately trying to grant their final wish.

Of course, there is always the danger when creating a sequel of simply repeating what has come (and proven to be successful) before. Finding Paradise does have the exact same set-up as To The Moon, but the execution is very different. This time, the patient is a dying man called Colin Reeds. His final wish? For Sigmund Corp. to change something about his life… without changing anything at all. 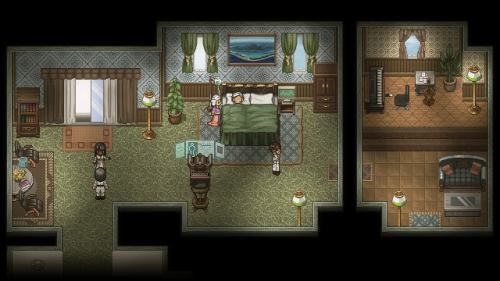 Finding Paradise is a story-driven game with minimal ‘gameplay’, just like To The Moon before it. The player takes control of the doctors as they explore the real world and the ‘memories’ inside Colin’s head. Hotspots must be interacted with and significant objects must be found to collect orbs that will allow the next memory to be unlocked. In the process, the mystery of Colin and his peculiar final wish will be revealed.

The expected quickly becomes the unexpected when the order of Colin’s memories becomes jumbled and a girl called Faye – a girl who definitely didn’t grow up to become his wife, Sofia – starts causing problems. The banter between the ever-professional Dr. Rosaline and the occasionally childish Dr. Watts is as sharp as ever, making each and every dialogue box a pleasure to read. In their own way, Eva and Neil are just as memorable an adventure gaming duo as Guybrush and Elaine from Monkey Island, or George and Nico from Broken Sword. 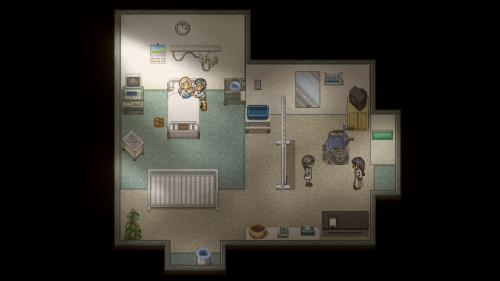 Despite their constant bickering, you can tell the doctors actually care about the job they’re doing and the patient in their care. To The Moon was a tearjerker, yet Finding Paradise wisely chooses not to blindly pull those same ol’ heartstrings. Instead, it has elements of suspense and even mild horror that somehow manage to sit comfortably alongside the series’ trademark humour and melancholy.

You’ll laugh and you’ll ponder and occasionally, you’ll even gasp in surprise. Kan Gao still has the ability – via a potent mixture of incredibly strong writing, highly evocative music and surprisingly emotive pixel art – to make you laugh as tears fall down your face. You know what? Perhaps Finding Paradise is a bit of a tearjerker in its own right after all… 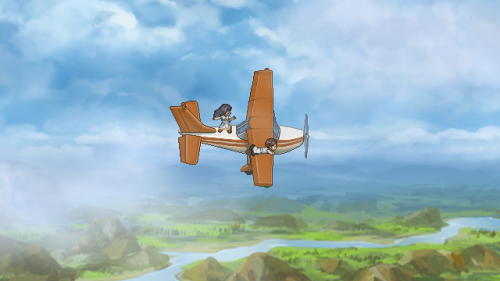 Finding Paradise is slightly less of a drama and perhaps more of a thoughtful story when compared with To The Moon. It’s also every bit its equal. Both games have the rare ability to take players on a journey that is fantastical yet 100% relatable. If you’ve ever felt alone or wished you could change the past, Finding Paradise will surprise you with its poignancy. It’s a truly terrific sequel that should be followed up by a third full-length Sigmund Corp. adventure as soon as possible.