GAME REVIEW – To The Moon (iOS) 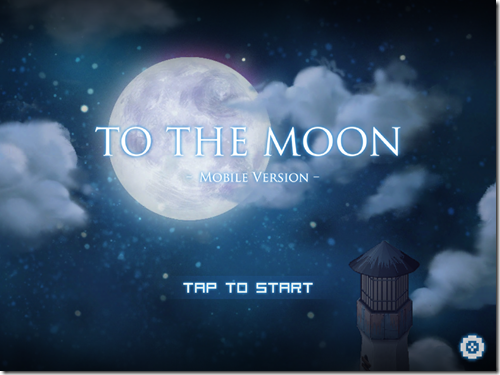 To The Moon (iOS) is a remastered mobile version of the 2011 indie RPG/adventure game of the same name, which AMO’s review described as “yet another shining example of an indie developer, free from the shackles of a mainstream gaming studio, weaving pure magic.” This version, created by X.D. Network Inc. (a game creator/publisher based in Shanghai, China) for iOS and Android devices, features upgraded HD graphics and sound, an updated interface and intuitive touch controls.

For those of you who missed To The Moon the first time round (you can read AMO’s original review here and an interview with the game’s creator here), the game is set at an unspecified date in the near future. Players take control of Dr. Eva Rosalene and Dr. Neil Watts, who work for a company called Sigmund Corp. Their job is to grant dying patients their final wish by replacing their real memories with artificial ones. Their latest assignment takes them to the house of an old man called Johnny Wyles, who wants to be ‘tricked’ into believing he went to the moon.

It’s an unusual request, made even more unusual by the fact that Johnny doesn’t actually know or remember why he wants to believe he went to the moon… he just does. A story driven adventure game, To The Moon mostly consists of chatting with other characters and exploring the game’s various environments. The ‘gameplay’ is actually very simple. To successfully alter Johnny’s memories, Dr. Rosalene and Dr. Watts must start with his most recent memory and work backwards to his childhood. It’s like a mashup of Back to the Future and Inception with a sprinkling of Eternal Sunshine of the Spotless Mind. In other words, it’s as cool as it sounds. 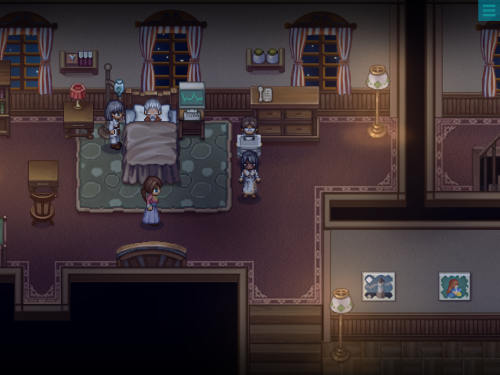 To do this, they need to uncover important objects called ‘mementos’, which will then allow them to leap back to an earlier memory. Finding these mementos consists of interacting with hotspots to collect a certain number of ‘memory links’, symbolised at the bottom of the screen as coloured orbs. These orbs can then be used to crack the force field surrounding a memento, allowing it to be ‘activated’ by solving a simple sliding tile puzzle to reveal a picture of the item in question.

Some mini-games aside (which have been redesigned for this remaster), that’s the extent of the interaction in To The Moon. This isn’t an adventure game full of brainteasers and puzzles – the focus is firmly on the unfolding storyline and the mystery of why Johnny wants to go to the moon. It proves endlessly fascinating unravelling Johnny’s life, revealing all of his triumphs and failures. It seems that X.D. Network Inc. is fully aware that this sort of gaming experience won’t be to everyone’s taste, which is why they’re offering a no-questions-asked refund policy. 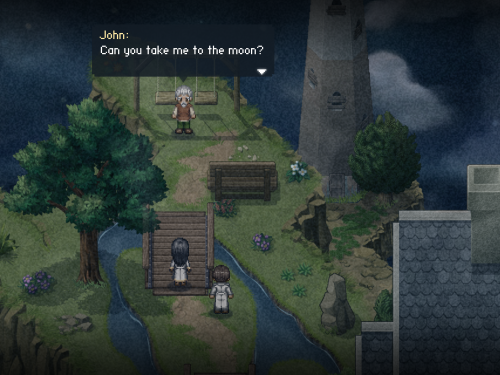 However, if you love a good story – regardless of the medium – it’s unlikely you’ll be asking for a refund any time soon. Although this is a short game (3-4 hours at most), the plot gets very interesting very quickly. For example, why does Johnny’s wife keep leaving creepy origami rabbits all over the place – and why is she obsessed with the lighthouse next to their house? Why does Johnny’s mother keep getting his name wrong – and why can’t he remember his own childhood?

The story is engaging throughout and juggles a wide variety of varying tones beautifully, from tragedy to romance and everything in between. There’s even a little bit of comedy to be found in the love-hate relationship between the sharply-written protagonists. When was the last time you played a video game that tackled mental health and true love in the same breath? It’s a touching tale that hasn’t lost any of its power with age. There’s a reason it was nominated in the “I’m Not Crying, There’s Something In My Eye” category in the 2016 Steam Awards. It brought a tear to my eye in 2011 and it’s only gone and done it again in 2017. 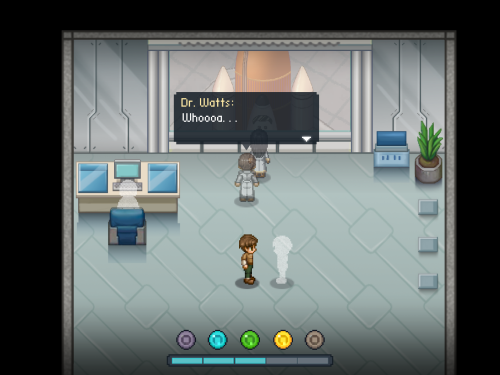 To say anything more would ruin the surprise. This is a truly lovely experience that makes up for its lack of traditional gameplay with one of gaming’s most memorable stories and its lack of voice acting with marvellous writing and characterisation. The soundtrack is also magnificent, composed by the game’s hugely talented creator Kan Gao. X.D. Network Inc. has done an excellent job updating To The Moon in a manner that respects the creator’s original vision.  It has never looked or sounded better.

To The Moon (iOS) – played for the purposes of this review on the latest 9.7-inch Apple iPad (2017) – comes highly recommended. The touch controls work really well (some scrolling issues aside) and the interface and dialogue boxes are much improved over the original. It’s amazing what a little bit of spit and polish can do. In fact, this is probably the best way to experience To The Moon in 2017. With a sequel – Finding Paradise – in development and due to arrive later this year, there has never been a better time to play (or replay) this unforgettable little interactive story.