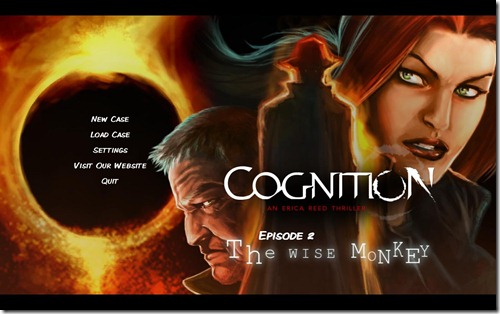 Cognition: An Erica Reed Thriller – Episode 2: The Wise Monkey (PC) is the second instalment in the Erica Reed series of episodic point-and-click adventure games created by Phoenix Online Studios. Following on directly from Episode 1 (which Alternative Magazine Online described as “a good old-fashioned adventure game like they used to make”), the game once again puts the player in control of Boston-based FBI agent Erica Reed. In Episode 2 she must face her most dangerous adversary yet – The Wise Monkey, a serial killer whose calling card involves removing the eyes, ears and tongues of her victims.