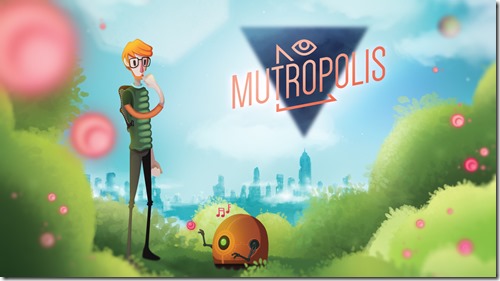 The first thing that fans of the genre will notice when playing Mutropolis is its striking resemblance to Broken Age. The art style is highly reminiscent of Double Fine’s 3.45 million dollar crowdfunded point-and-click adventure game (released as two ‘acts’ in 2014 and 2015), which is a massive compliment considering the budget for this project was no doubt much less.

The colourful graphics are beautiful – the lanky Henry Dijon looks like he has the same workout routine as Guybrush Threepwood in The Curse of Monkey Island –  and the only indication that Mutropolis is an indie endeavour is the lack of incidental animations when interacting with the 50+ gorgeously hand-drawn scenes. 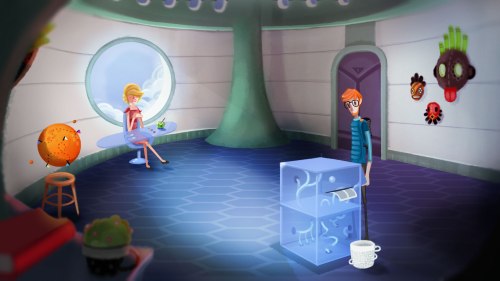 The game begins in the year 5000 as Henry Dijon – what a wonderful surname! – and his ragtag team of archaeologists travel from Mars to the abandoned planet Earth to dig up lost treasures, led by the kindly Professor Totel. The control system is extremely streamlined, requiring only one click to interact with both hotspots and the supporting cast, and the opening puzzle – finding Henry’s missing trowel – does a great job of easing players into the world and premise.

Before long, players will have discovered a hidden doorway and the next clue – a mysterious mural – pointing to the long-lost city of Mutropolis. However, suddenly all the lights go out and when they turn back on, Professor Totel has been kidnapped! The rest of the game focuses on rescuing Professor Totel, with the location and origin of Mutropolis serving as a tightly interwoven subplot. 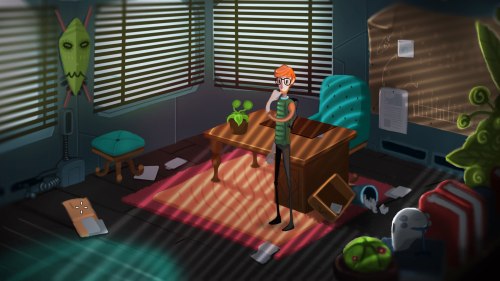 Mutropolis is split into three acts, with each one larger in scope than the last. The second act is where the game truly shines, with Henry wandering around the Martian university where he works trying to figure out what’s going on and where Professor Totel has been taken. The inventory-based puzzles in this act really hit their stride, and there is a great sense of satisfaction when one solution cascades into the next. There are also a lot of funny observations from Henry where he completely misunderstands what an ancient artefact from Earth actually was/is.

The lack of a hint system only really stings in the third and final act, when some of the puzzle solutions become too obtuse – the puzzles involving a map are particularly frustrating as not enough direction is given, and it is easy to miss some of the hotspots in scenes that are busy. This was originally compounded by the lack of a hotspot highlighting function, but thankfully the developers have since patched one in (just tap the spacebar). 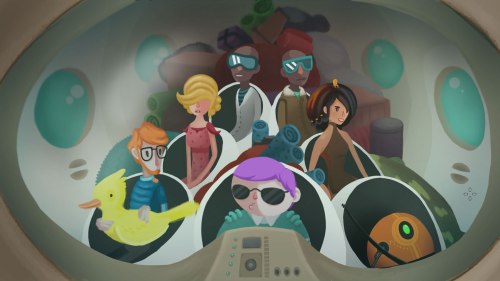 Although the developers of Mutropolis are Spanish, the English localisation is mostly excellent, thanks in no small part to the involvement of comedian Alasdair Beckett-King of Nelly Cootalot fame (who also did a superb job co-writing the English script of Unforeseen Incidents). The humour is gentle throughout, but the jokes hit their mark more often than not, and the main characters are all well-written despite not having much depth.

The voice acting is solid too, with the bubbly, always positive Carlata stealing every scene she’s in. The interactions between Henry and the Egyptian goddess Isis – who both lack social skills in their own way – are consistently lovely too, and give the otherwise bizarre ending some much-needed emotional payoff. The only slight downside on the audio front is the soundtrack, which is certainly pleasant – in an ‘elevator music’ kind of way – but doesn’t prove to be particularly memorable in retrospect. 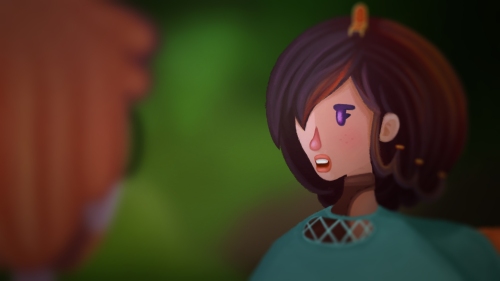 In a nutshell, Mutropolis is extremely quirky, but this often works in its favour. The third act is definitely the weakest, trying to spin too many plates at once, and the story isn’t the most compelling… but Henry is just so gosh darn earnest and likable that you’ll want to keep playing to see his adventure through.

The reveal of what Mutropolis actually is – and how it ties into the archaeological theme – is rather clever, and what small bugs there are (such as repeating lines of dialogue) are merely annoying rather than game-breaking. This is a charming debut that captures some of the integral spark that makes the genre so beloved, and for that reason alone it is easy to recommend for its extremely low asking price of £16.49 on Steam.