Gabriel Knight is a series of point-and-click adventure games created by legendary game designer and writer Jane Jensen (who AMO interviewed in 2011, 2012 and 2013). The first three games in the series were released throughout the ’90s by Sierra On-Line (at the time, the main rival to LucasArts), with a remake of the first game released in 2014. However, the famous Schattenjäger’s story is far from over; in 2020, one fan is campaigning for Gabriel Knight’s return… 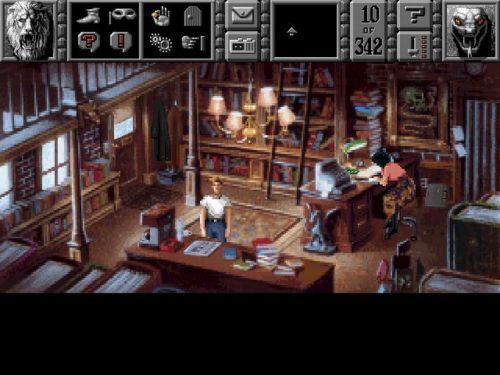 All three games in the Gabriel Knight series (and the remake of the first game) focus on Gabriel Knight, a bookstore owner and down on his luck author living in New Orleans. In the award-winning first game, Gabriel (voiced by Tim Curry of The Rocky Horror Picture Show, Clue and Duckman fame) investigates a series of homicides referred to as ‘The Voodoo Murders’, and learns that he is destined to become a Schattenjäger, or Shadow Hunter – basically, a supernatural investigator.

The Beast Within: A Gabriel Knight Mystery (1995)

The second game in the series, released two years later, fully embraced the interactive movie FMV craze of the mid-90s. However… it was actually good! Tim Curry didn’t return, but Dean Erickson proved to be the perfect live-action replacement.

The third game saw Tim Curry returning as Gabriel Knight, this time in 3D. Despite a troubled production – check out this excellent portmortem written by Scott Bilas, a senior engineer at Sierra Studios at the time and the technical lead on Gabriel Knight 3 – and the infamous ‘cat hair moustache’ puzzle, the third game in the series received fairly positive reviews and fully embraced the shift to 3D with its innovative control scheme. However, it was released at a time when big budget adventure games were becoming too financially risky for publishers and sadly, a fourth game didn’t follow. 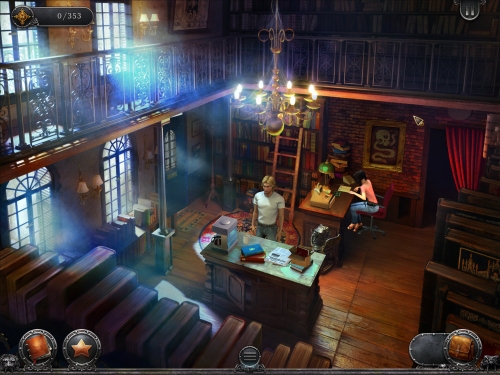 However, in 2013, Jane Jensen’s new studio Pinkerton Road Studio (in collaboration with Phoenix Online Studios) managed to secure a license to remake Gabriel Knight: Sins of the Fathers, which was released as a ‘20th Anniversary Edition’ the following year.

So, what’s next for this award-winning series? A devoted fan – Toni-Pekka Kähärä – has started an online petition (with help from fellow fan Sean Parker, who created its awesome promo video), politely asking Activision Blizzard to either make a new Gabriel Knight game or license the character back to Jane Jensen. The petition has already been signed by 1,800+ fans, with Dean Erikson (who has long been on AMO’s interview bucket list; watch this space) taking the time to comment on the petition video and the wonderful Robert Holmes – who composed much of the music for the series and is also married to Jane Jensen; be sure to check out his 2011 interview with AMO – showing positive signs of interest too.

Of course, it should be noted that I have an ulterior motive to promote the Gabriel Knight 4 petition; I truly believe that Jane Jensen’s Gray Matter is one of the best – and most underrated – adventure games of all time. I am desperate for a sequel, and the only way that’s going to happen is if Jane Jensen continues to make adventure games. So, what are you waiting for? Sign the Gabriel Knight 4 petition now!