GAME REVIEW – Marvel’s Guardians of the Galaxy: The Telltale Series – Episode 4: Who Needs You (PC) 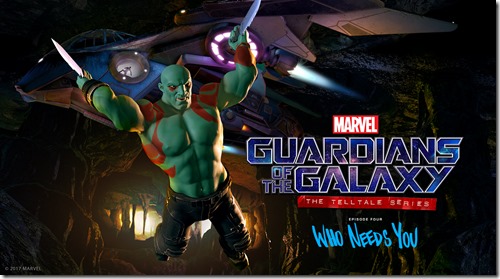 Who Needs You is the fourth and penultimate episode of Marvel’s Guardians of the Galaxy: The Telltale Series, a five-part episodic adventure game from Telltale Games (Batman: The Enemy Within). In Episode 4, Star Lord must find a way out of a deep, dark cavern full of space worms while trying to hold the Guardians together.

Episode 4 of Marvel’s Guardians of the Galaxy: The Telltale Series does something that could have ended up being an absolute disaster; it pretty much completely ignores the main story – as the final episode fast approaches, no less – to 100% focus on the Guardians themselves.

After a brief, ineffective battle with an extremely pissed off Hala the Accuser – who seems to have absorbed some of the Eternity Stone’s power?! – Peter Quill and his crew find themselves falling into a void that ends with the hard stone floor of a sprawling underground cavern.

The previous episode wasn’t great when it came to location variety and technically, Who Needs You is even worse; the entire episode takes place in a pretty nondescript cavern full of identical looking caves and passages. However, it isn’t really about the cavern, the caves, the passages or even the space worms. Instead, these elements serve as a backdrop for things far more interesting and complex.

While this is technically Drax’s episode (and he does get one very touching, lovingly put together flashback moment with his daughter), the focus of the episode instead falls on the group as a whole. The events of the previous three episodes have no doubt put a lot of strain on the characters, but Episode 4 is where everyone finally reaches breaking point.

That isn’t to say this is a downer of an episode; far from it, in fact. It certainly has a few emotional scenes, but there are also plenty of funny moments and exciting action sequences. In fact, it’s a toss up between this episode and Baby Driver when it comes to the best use of a relatively obscure Queen song in 2017… and if you’ve seen Baby Driver, you’ll know that’s high praise indeed.

Who Needs You somehow manages to rise above the fact it completely ignores the main story of the series so far and only takes place in one generic location. The characters have been impressively developed over the course of the last few episodes and the voice actors are doing a consistently excellent job. The difficult decision making moments may be smoke-and-mirrors as always, but the consequences in this episode are actually pretty devastating and unexpected. It will be very interesting to see if they stick in the final episode. 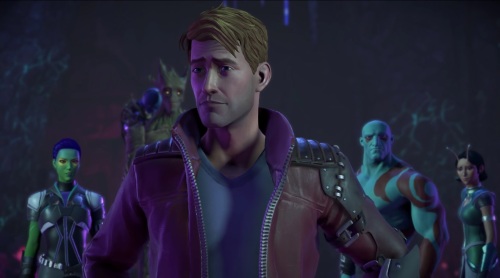 Funny, emotional and surprisingly touching, this penultimate episode will make players feel glad they have invested in Telltale’s unique take on the Guardians of the Galaxy, even if the series’ final destination remains maddeningly unclear.