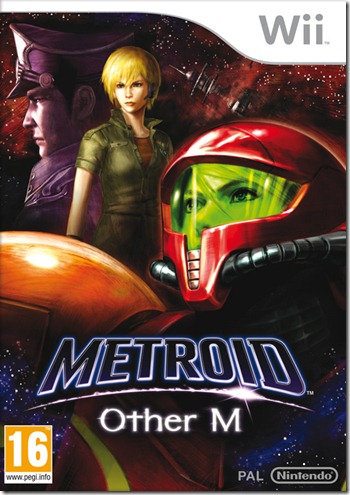 Released in 2010, Metroid: Other M is an exclusive title for the Nintendo Wii. Following the success that Retro Studios had with the Metroid Prime series, Nintendo and Team Ninja worked together to make a game with the classic Metroid navigational feel, while still featuring the graphics and first-person mode of the last trilogy.

The game is set on a broken-down space station, where protagonist Samus Aran meets up with an old commanding officer from her brief time as a soldier. The story focuses on the untold story of the franchise, and Samus (usually silent) narrates about her life before striking out on her own as a bounty hunter. In the past, Nintendo have purposely left this alone so players can interpret Samus themselves. A strong, solitary fighter in her own right.

In Other M however, Samus spends her time regretting her past choices, questioning herself and mourning the loss of a baby Metroid from an earlier game. The baby is mentioned quite a bit, and this becomes old very fast. In its attempt to make Samus more understandable, Other M destroys the image most people have of her.

The story of Other M is a mix between interesting and corny. Meeting up with a team of soldiers, Samus agrees to help investigate the empty science station and find out what’s happened to the staff and experiments. Fairly soon, the marines are killed by a traitor among them. Like something from Adam West’s Batman, Samus dubs this mutinous foe “The Deleter.” The game has a few twists throughout, but most players will probably work it all out before the big finale.

Gameplay wise, Other M copies classic Metroid titles and is mostly a 2D game. With the Wiimote on its side, players can navigate the station room by room, and usually fend off the escaped monsters with a combination of jumps and shooting. With the limited controls, most of the moves you can unlock are only useful in small instances, few and far between. Also, the beam weapons simply upgrade on top of one another. While these are true to the original Metroid games, they feel very basic on the Wii. Aiming at the screen like the Metroid Prime games switches to exploration mode, and the view shifts to behind Samus’ visor. This mode is needed to fire missiles, solve some scanning puzzles and take in the area around you.

Graphically, Other M is a flop. The station is very dark and plain – basic textures for walls and floor grates, with cartoon enemies, are the standard here. Samus herself is very basic too. Her power suit lacks a lot of details, and the blocky red, orange and yellow glow of her visor doesn’t help. Exploration mode feels like a cheap attempt to copy the style of the previous games, and sometimes you’re forced to use it. Often, these moments will have you looking around a boring room before a boss jumps out and tries to scare you. Many slam the Nintendo Wii for not having the power of other consoles, but Metroid Prime Trilogy and Super Mario Galaxy prove that the machine can handle the software. There’s been little attempt to use it here.

When it was first announced that Team Ninja was going to be releasing a Metroid game, the reactions were mixed. Some people love the company, known for its exceptional graphics. Others loath them for their difficult A.I. Most people both love and loath them for not knowing what a real woman looks like, but putting pillow-breasted Japanese girls who pole dance in their games instead. Here, Samus has only been given a never-before-seen beauty mark. But her personality has suddenly become like a submissive, shy maiden. And to fans who admired the tough, take-charge character from before, it’s almost as damaging.