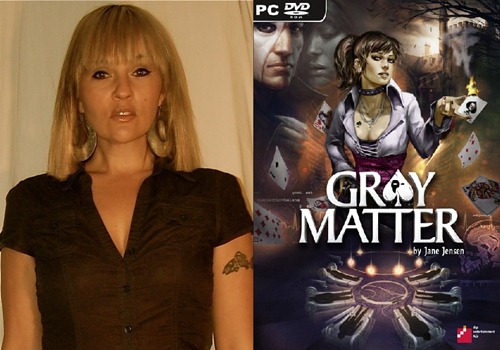 AMO recently reviewed point-and-click adventure game Gray Matter, describing it as “a worthy successor to the Gabriel Knight trilogy that will hopefully give birth to a few sequels of its own.” Following on from our interviews with Jane Jensen – the game’s creator – and Robert Holmes – the game’s soundtrack composer – AMO is proud to present yet another exclusive interview, this time with Samantha Everett voice actress Phillipa Alexander! 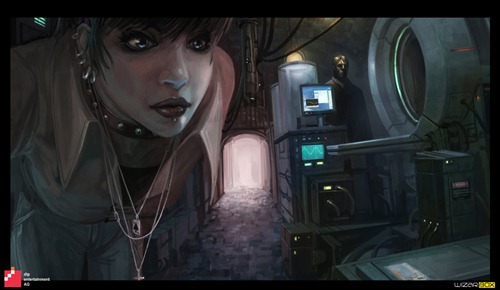 Hello Phillipa, thank you for your time and welcome to AMO! Can you tell our readers a little bit about yourself please?

I am a singer/songwriter who runs a music production company called ‘Chicks With Hits’ (www.chickswithhits.co.uk) AND I’m a professional voiceover artist. (www.phillipaalexander.com)

How did you first get into voice acting?

I started out playing around with different character voices and trying to mimic animals like chickens etc. when I was about 12, but it took until about 7 or 8 years ago to actually make a go of it professionally. Still don’t know why it took so long??? As I enjoy it so much!

How did you come to be involved with Gray Matter?

I believe Jane and Lorelei King were searching for the voice of Sam and found me on the Calypso Voices website and contacted my agent.

How much of the game was completed by the time you started recording your lines?

To be honest I’m not sure… I seem to remember it being in the very early stages though. The scripts and story were all there and very well written.

Can you talk us through the recording process?

As there wasn’t any game footage, I usually got given a stack of scripts with the dialogue and the voice director (Lorelei King) and Jane Jensen would describe the situation, what my character was doing or feeling etc.  Then I would deliver my lines accordingly.

Did you you have any visual aids whilst recording?

At that stage, I only had a few character pictures and every once in a while, I had to really stare into Sam Everett’s eyes to imagine how she would deliver a line or what rollercoaster emotion she was experiencing… I really wanted to be in her shoes sometimes.

What appealed to you about the character of Samantha Everett?

She was cool and a little mysterious…

Did Jane Jensen discuss Sam’s character with you at all beyond what was written in the script?

Oh yes… the character came from Jane’s imagination, so she described and painted the picture for me. I knew Sam loved adventure and was desperate to find the truth.

Jane is renowned for her storytelling skills. What do you think about Gray Matter’s storyline?

Brilliant! It really makes you question the power of our minds and imagination… and perhaps, believe in magic once again…

Did you get to record any of your lines alongside Steven Pacey (the voice actor for Dr. David Styles) or any of the Lamb’s Club voice actors?

No, unfortunately, we recorded our lines separately. I would’ve loved to though.

How would you describe the relationship between Sam and Dr. Styles?

Reserved… but it could possibly blossom.

Are there any similarities between yourself and Samantha?

I have to admit, I’ve been known to wear black and be a bit gothy myself… and I too love a challenge.

Do you know any magic tricks? 😛

Have you ever been to Oxford in real life?

Yes, it’s a beautiful place…. I remember the smell of old books from the library and I once had a tour of Oxford University.

How did Gray Matter differ from other video game voice acting that you had done in the past? I know you were also in Mirror’s Edge!

Have you played Gray Matter since its release?

Would you like to return as Samantha Everett if there is ever a sequel?

What’s next for you Phillipa?

I hope to be a part of something this special again in the future… I thoroughly enjoyed working with Jane Jensen, who is such a talented author. I had the pleasure recently of working again with Lorelei King as she was voice directing an animation called Chuggington for CBeebies and I was playing the rescue chugger, Calley.  For the future though, my next plan of action would be to hopefully voice more games and animations. I love my job!