It is pretty safe to say that Roald Dahl was one of the authors that sold me on reading as a young boy. Fans of Dahl will also undoubtedly know of Quentin Blake, an artist who was brilliant at perfectly capturing what Dahl had written with his superb illustrations. It was, and still very much is, a match made in heaven. A quite British match made in heaven.

I remember writing to Stephen Spielberg at the age of 8, asking him to direct a film version of James And The Giant Peach. Looking back, I am pretty sure the responding letter was from some underling rather than from Spielberg himself. Yet the reply was nonetheless delightful: Spielberg wouldn’t be directing a live action film version, but Dreamworks were planning to do a stop motion version the next year!

So next year arrived and my Dad somehow managed to get me advance preview tickets of the film a week before release, in some old theatre. The exact details are slightly fuzzy. However, the quality of the film and my enjoyment of it is still crystal clear. I had the film on videotape, and asked for it again on DVD at a later date. I still watch it now! It is a fantastic, funny, quite scary film. Don’t get me wrong, it took some liberties with the book’s plot… but I didn’t care! It was (and still is) a great adaptation in my eyes. It doesn’t surprise me in the slightest that Henry Selick later went on to direct the stunning Coraline. (He was originally involved in this film, but sadly had to depart, leaving the door open for Wes Anderson.)

So why am I telling you all of this? Because, overall, James And The Giant Peach the motion picture was quintessentially British, much like the book. Most Dahl adaptations thereafter suffered from their blatant Americanism (I did enjoy Matilda, but it lost something during its translation to the USA.) So an all-American cast for Fantastic Mr Fox worried me slightly. Yet I was optimistic when I found out that stop-motion was going to be used. I LOVE stop motion.

To be fair the location in the film does feel like England, even if all the animals seem to be American. Perhaps even more bizarre, the humans are all English! Yet the addition of a new character, Kylie the opossum, would hint that the film does take place in America. Regardless, it isn’t a huge deal, but it is there to pick at if you are a Dahl purist. 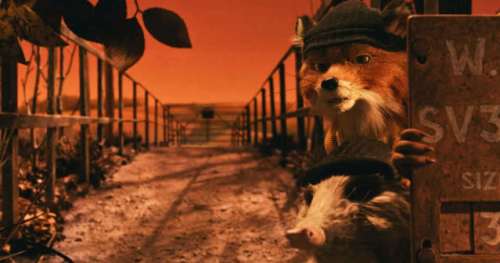 Luckily, I thought the voicework in this film, regardless of the accents used, was phenomenal. Clooney as Mr Fox is perfect, cocky and cool and of course, fantastic. Meryl Streep plays off Clooney really well as his wife Mrs. Fox and other well-known actors such as Bill Murray as Badger and Willem Dafoe as the evil Rat round off a really great cast.

The stop motion is top-notch, reminding me of some excellent old-school television shows from my youth. The defiance that this film shows towards technological advancements in animation is superb. I always have, and always will, prefer stop-motion to computer generated animation. It just feels real to me.

Here it looks superb. One moment in particular, with Mr and Mrs. Fox in the sewers, water cascading down behind them, is almost achingly beautiful to behold. Other moments, such as visions of Mr Fox and his friends digging tunnels from a side-on perspective, are hilariously old-school and tongue-in-cheek.

So the story. Yes, this is largely the same as the book, with Mr Fox sneaking around at night on his missions to steal from farmers Boggis, Bunce and Bean. Yet the book was less than 100 pages, and would have never provided enough material for a feature film. Luckily, Wes Anderson has expanded the narrative really organically, without anything feeling tacked on. I will be honest now and admit I am not a huge Wes Anderson fan. 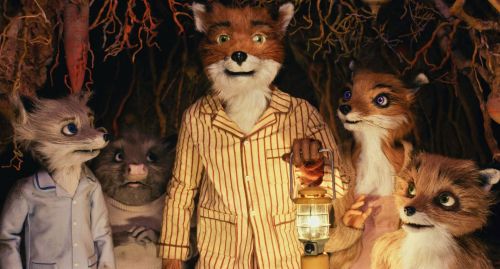 His decision here to play on the dysfunctional family angle, with the son who feels unloved and the introduction of  cousin Kristofferson who is brilliant at everything, could have crashed and burned rather easily.  Luckily, it doesn’t. Unlike some of his other films, none of the usual plot strands about acceptance and family etc bothered me at all. It all just felt so right, with the quaint animation and the gentle humour adding up into something really quirky, alternative and special.

The music is great, totally unique and matching the visuals to perfection. A standout song for me is the one that is made out of the limerick from the book that the children sang to taunt the three farmers:

Boggis and Bunce and Bean
One fat, one short, one lean
These horrible crooks
So different in looks
Were none the less equally mean.

It sounds great, really funny and the one aspect I am sure Mr Dahl would have loved. It is like some taunting choir of cheeky children. Perfect! 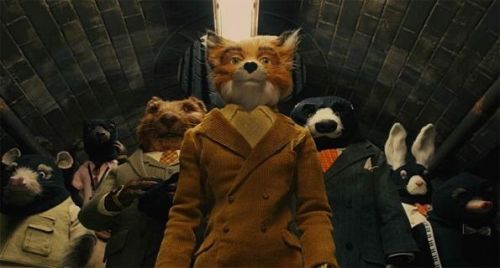 The rest of the film includes enough action and adventure to keep you thoroughly glued to the screen, without sacrificing narrative. What I am trying to say is this: Roald Dahl’s Fantastic Mr Fox is in here still. It isn’t forgotten, and it merges with Wes Anderson’s unique vision rather well. Coming from a huge Roald Dahl fan, I can honestly say that this adaptation felt nigh on perfect to me. I really do think they nailed the important parts of the book, and expanded other areas really well. I wasn’t offended by the small Americanisms taking place. By the end of the film, I had forgotten them, completely sold on the world I was being shown.

Besides, Jarvis Cocker is pretty British, right? In his cameo as Petey, he does a hilarious song that annoys farmer Bean something special. It is randomness and determined artistic vision such as this that makes Fantastic Mr Fox one of those rare book adaptations: a film that can stand proud as its own separate body of work, whilst still remaining true to the spirit of the source material.

Perhaps still not as lovely as James And The Giant Peach then. But pretty peachy nonetheless.