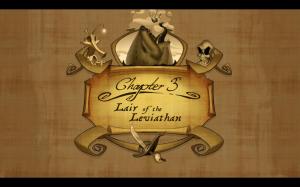 We are now at the halfway point in Telltale’s take on the Monkey Island Universe. Tales of Monkey Island has so far provided fans with two excellent games that we are still amazed have even seen the light of day in the first place… although I did note in my review for The Siege Of Spinner Cay that some technical shortcomings were ruining the proceedings somewhat… So now, it’s crunch time. We can no longer let nostalgia and love for this classic adventure franchise cloud our judgement. How does Chapter 3 measure up as an adventure game in its own right?

Well first of all, any technical shortcomings from the last two chapters have disappeared with this, the third chapter in a five-part adventure of piratey proportions. I am happy to say that Lair Of The Leviathan had addressed nearly every single niggle I had with the previous two episodes: it is tightly woven, consistently funny, and a joy in both the graphics and sound departments. 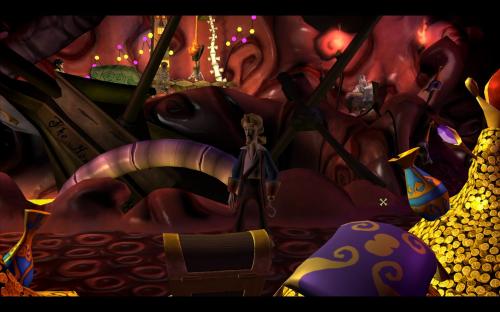 The graphics mark a new high for Telltale Games

Low quality, cracking audio? All but eliminated. (The ending credits popped slightly for me, but it was hardly noticable.) Low resolution backgrounds and texture seams? Vanished. I can honestly say that, although Telltale’s games will never be aiming for Crysis-like levels of detail, what they have achieved here has really blown me away. The artistry on display is incredible, and I have warmed substantially to the control scheme since Launch Of The Screaming Narwhal.I am also now convinced that nothing is being sacrificed due to the series also appearing on the Nintendo Wii. I am actually very intrigued how they are going to get such a high quality episode onto the aformentioned console without compromising somewhere along the line…

Thinking back, Grim Fandango was a great game in spite of its frustrating controls: Tales Of Monkey Island has simply given the best of both worlds, and is a better game because of it. Direct control for Guybrush to run about, and then the mouse for the point and clicking. Yes I know that this is not the first episode, and that you probably already know how it controls.  I just finally have settled in my own mind on the fact that I think this control scheme is perfect for Monkey Island in 2009. I wouldn’t change it. I am converted… it just feels right. 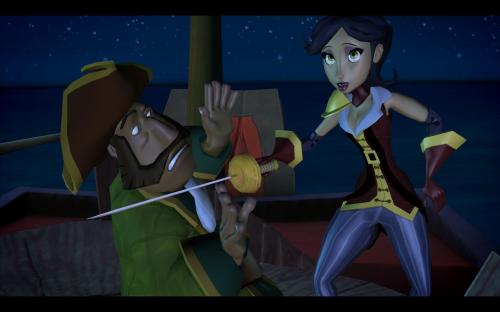 Winslow and Morgan LeFlay are getting better with every Chapter… they’re hillarious and fit in to the Monkey Island Universe (TM) with ease!

In fact, everything does. The game wastes no time in carrying on from the cliffhanger ending we were presented with at the end of Chapter 2. Winslow, Guybrush and Morgan LeFlay are now in the belly of beast… and the available exits ain’t looking pretty! I immediately smiled at how much I cared about this unlikely trio… let us not forget that Guybrush is the only original character from the series’ LucasArts days. Winslow has come on leaps and bounds since we met him, and he is quite frankly hillarious at this point, I love him! LeFlay is brilliant as well, a real toughie with flashes of humour and compassion that hint at hard decisions to come… Guybrush is the glue that holds it all together though. Dominic Armato makes even the weakest lines pop with wit. His interactions with the new characters who are introduced (who are also all brilliant and well designed, no pirate-model clones here!) are just a pleasure to witness.

And poor Elaine… I mean Guybrush… I mean… wait a minute?! Is LeChuck really a good guy now? Are Morgan and Guybrush getting too close for comfort? Are Guybrush and Elaine still soul-mates? It amazes me how, without sacrificing any of the comedy value or coming across too heavily, the screenplay for this episode says so much without saying anything at all! I am excited to see how it all turns out… in fact I cannot wait! It really is that good and I applaud the way the story is unravelling. It really is like one big long game when you play the episodes so far back-to-back, and I couldn’t be more thrilled.

The music is still great. I didn’t notice anything really different from the last two games, but it swells up and dies off when it needs to, and definitely adds to the overall package. 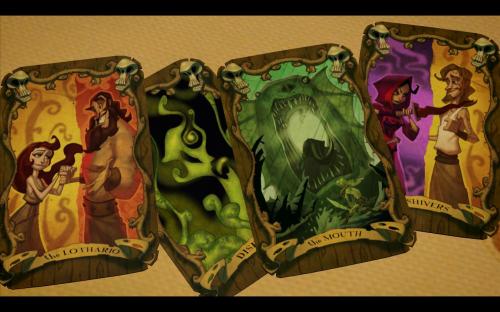 Now I dont want to ruin anything, so spoilers ahead for the next few paragraphs!

Murray is back, and what a great return! He is not just some wedged-in nod to the past either. He fits in beautifully and his dialogue, scenes and presence all made me laugh so much I couldn’t stop. Denny Delk has not voiced the character since 2001, but you really cannot tell. He IS Murray, and the delivery was never anything less than priceless. So yes not only is Murray back… he is done justice! I just wish we had been able to get even more of him!

We also get to control another character for once… well, kind of! This section of the game is really funny and surprised me a lot! It is this kind of thinking that will make adventure gaming welcomed back again by the masses… I had so much fun just messing around and looking at everything. It is about time a game made me smile so much my jaw hurt again… I wish this series would last forever sometimes!

Oh yeah and finally, insult sword fighting may be gone… but its replacement in this episode was absolutely classic!

You can also see a little bit more about game and what I thought in my video review below! (Warning! Contains mild spoilers!  Let me know what you all think in the comments section at the end of the review!)

The length is pretty consistent with the last two, and left me wanting more even after a 4am finish, although my main complaint is that the ending was slightly abrupt. (Although somewhat expected, and the credits went a long way towards mending any disappointment.) I am sorry to repeat the same old things for this series from review to review, but the chapters are honestly so good that there is often little to say that won’t spoil things for new players, or state the obvious to the already converted. 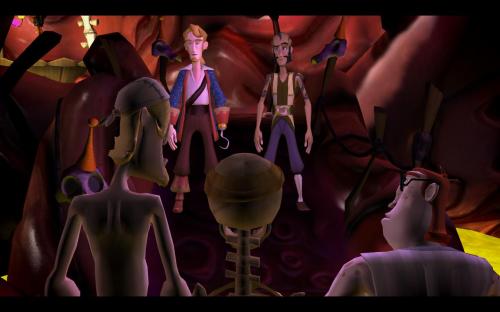 The new characters are all well designed, well voiced and a hoot to boot!

To be fair, every review I have done for this series has been pretty tough from a journalistic standpoint. Sure, this series doesn’t have spoilers in the sense a TV show like Lost would… but due to being an adventure, and the chapters being so bite-sized, anything other than vague praise/ criticism could ruin the experience of another gamer. (Something I am not willing to do.) The story is paramount in adventures like this. So please just trust me. I can tell you right now, without a shadow of a doubt this requirement is being met, and then some.

So I will keep my conclusion short and sweet. Not played any of these episodes yet? Now is the time to commit: Telltale are not playing around here, and have nearly perfected their formula. My only worry now is whether the next game will be a straight A student, or falter under all of the pressure… but for now let us not get ahead of ourselves. Already played the last two chapters? Then the third is what you have been waiting for. Totally brilliant. Totally hilarious. Totally fair yet satisfyingly testing. 100% Monkey Island.

Be sure to check out what Guybrush Threepwood voice actor Dominic Armato thought of this episode in our mini-interview here!