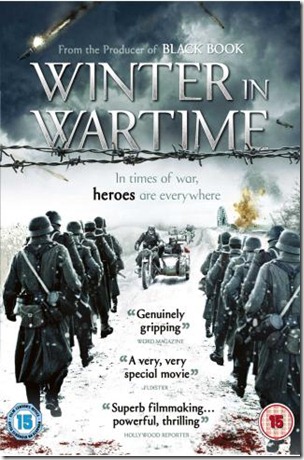 Winter In Wartime is a Dutch film from 2008, directed by Martin Koolhoven and based on the novel of the same name by Jan Terlouw. A huge success in the Netherlands (where it even out-grossed The Dark Knight) it was most recently featured at the Academy Awards, where it was shortlisted (alongside 8 other movies) in the section for Best Foreign Language Film. Winter In Wartime is finally getting a DVD/Blu-ray release in the United Kingdom this month. The wait has been worthwhile.