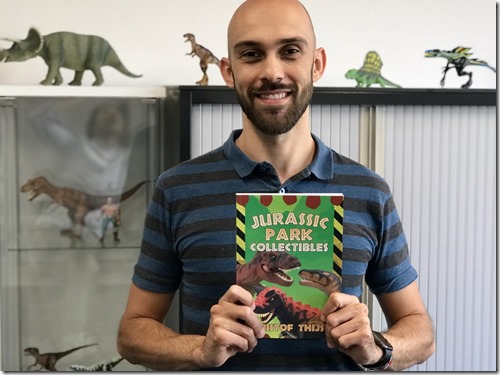 Hi Kristof, thank you for your time and welcome to Alternative Magazine Online!

Thanks! Can’t wait to start talking about my passion!

So I’m Kristof, I live in Belgium and I’ve been a Jurassic Park collector for 25 years. I started collecting when I was 11 years old and haven’t stopped since. I run my own fan website and I’m active on Twitter and Instagram with the @jurassictoys handles.

I recently reviewed Jurassic Park Collectables and really enjoyed it! How did you end up writing this book?

Thanks for the great review! I love to hear from fellow Jurassic Park fans. A representative from Amberley Publishing contacted me after they found out about my blog. They were impressed with my collection, so they asked me to write a book about it. At first I was hesitant because this was total new experience for me. It took me a couple of months to finish the writing and photograph all the toys.

Do you remember the first time you saw Jurassic Park?

Definitely! I was 11 years old when the movie was released in 1993. I remember driving back home from the movie theatre with my parents, completely mesmerised by everything I had just seen. 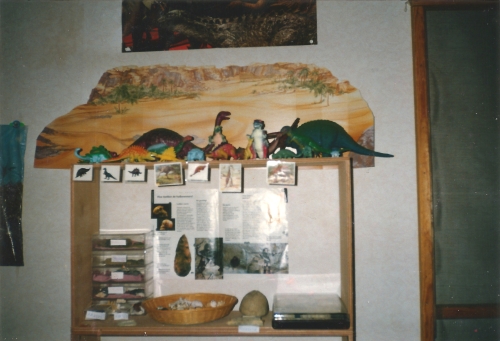 What made the film resonate with you so much?

It was all the hype that lead up to the film. I was already very much into dinosaurs but when all the promotions started and the toys were released, I got sucked into the Jurassic Park vacuum. John Williams’ soundtrack had a big impact as well. I got the soundtrack on CD immediately after I saw the film and played it non-stop.

What was your very first Jurassic Park toy?

The first toy I got was the Alan Grant figure. I remember standing in front all the toys and picking him. He looked so cool with his little hat, almost Indiana Jones-like. After that, every occasion that involved presents were Jurassic Park themed in our home back then. It was a nice kickstart of my collection.

What did your family and friends think of your new hobby?

They were very supportive. I was into dinosaurs and collecting fossils before Jurassic Park came out. At our home there was a very tiny room were my sister and I used to store all our toys. When my collection started to grow, I threw everything out and began displaying my dinosaur models and fossils there, just like in a museum. There were little signs with information about evolution and things like that. But when Jurassic Park came out, the shelves were then getting filled with JP toys. Because I was running out of shelves, I got furniture donated by family and friends so I could get even more toys. By the time The Lost World: Jurassic Park came out in 1997, that room got way too small, so I switched my bedroom for the “museum” room. Now I was sleeping in a room the size of my bed, but at least my dinosaurs had plenty of space.

What’s the rarest item in your collection?

For me it’s not that important to have rare items. Usually when you want to buy them, they’re really expensive and that takes the fun out of it for me. But if I have to mention things, I have a few mint in box Jurassic Park series II toys from 1994 like the Gallimimus, Utahraptor and the Capture Cruiser. I’m also very proud of my 1994 Jurassic Park VHS stand. It features amazing artwork. I remember when I was 12 years old asking the cashier at the store for it. When we got the phone call to come and pick it up, I was so excited.

What’s the most expensive item you’ve ever bought?

Probably my Jurassic Park series II Gallimimus. I got it for a couple of hundred dollars in the early 2000s. It goes for double now. But being a Jurassic Park collector from Belgium, it goes without saying that buying items, new or used, is a lot more expensive than if I would live in the USA. Shipping costs and import taxes make this quite an expensive hobby. Luckily I have two very good friends living in Florida who I can ship items to and then once in a while I visit them and return home with a suitcase full of Jurassic stuff.

Do you like to keep all of your Jurassic Park toys sealed in their original packaging? 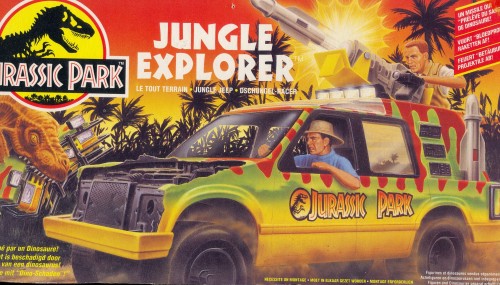 Do you interact much with other collectors?

Oh yes, much more than 15 years ago. Back then there were only message boards to get in touch and even then toxic fandom existed! There was a lot of jealousy and the community wasn’t as inclusive as it is now. That’s why I started my own Jurassic Toys fan site in 2003. Over the years it evolved into a blog where I display my collection and review toys. I’m also active on Twitter and Instagram with my @jurassictoys accounts. Thanks to these I got in touch with a few other fans here in Belgium and we’re always looking out for each other. Sometimes we import items together so we can split the extra costs.

What advice would you give to someone wanting to start their own Jurassic Park collection?

Start with a couple of cheap and common items. On eBay you can often find lots with loose, incomplete items. It’s an easy and quick way to fill up your shelves. You can later sell these again or trade with other fans.

What’s your favourite Jurassic Park toy and why?

I just love the Jungle Explorer from the first toy line. The design and colours are so appealing to me. And have you seen that box art? Those were the prime Kenner days. They don’t make toys like that anymore if you ask me.

Is there any Jurassic Park toy you haven’t been able to get hold of yet?

Not really, if I really want something, I have to get it. But as a kid I always wanted the Command Compound. One Christmas there was a huge box under the Christmas tree and I was convinced that was it! But it turned out to be a Jurassic Park desk chair. I was so disappointed! But many years later I still have that chair and now totally love it. A few years back I was able to purchase the Command Compound and completed it with loose pieces from all over the world.

What did you think of the new Jurassic World film?

Honestly I was a bit overwhelmed when I left the movie theatre. It wasn’t a Steven Spielberg Jurassic film anymore. They totally broke that mould. The scene with the Brachiosaurus was so sad, not just because of what happened, but also because that was Bayona’s way of closing Jurassic Park for good. But that said, sequels shouldn’t be repetitive and sometimes risks have to be taken to bring new ideas in. I’m glad the film is doing very well at the box office, meaning that the average moviegoer enjoys it. I saw it a second time and enjoyed it better. The opening scene with the Mosasaurus is probably one of the most epic scenes ever in a Jurassic film.

Would you like to write another book in the future?

Mattel took over the Jurassic World license from Hasbro and they’re doing an amazing job. Their attention to detail is so good and they are catering not just to the kids, but also to the collectors, something Hasbro failed to do. Perhaps when we start considering these Mattel toys as vintage, I can write a new book, who knows? 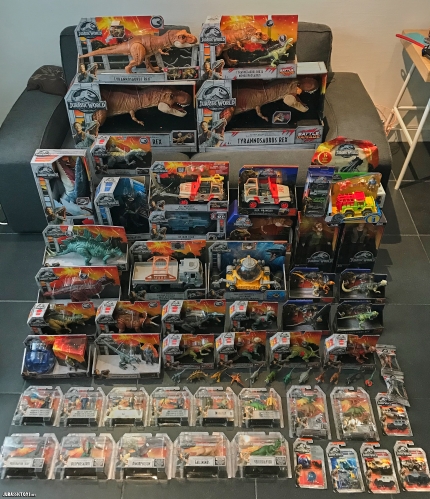 Thank you for your time! Reading Jurassic Park Collectables was a lovely trip down memory lane and it’s always a pleasure chatting with a fellow Jurassic Park fan!

Thank you for having me. I love talking about Jurassic Park. I could go on for hours!