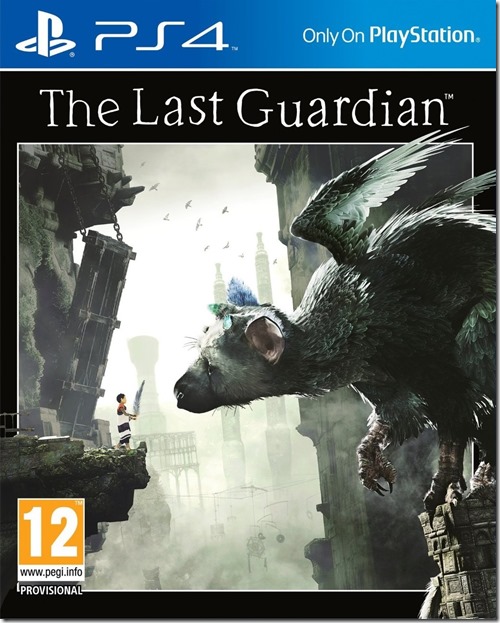 The Last Guardian is an action-adventure game developed by genDESIGN and Japan Studio, published by Sony Interactive Entertainment. Designed and directed by legendary video game designer Fumito Ueda (Ico, Shadow of the Colossus), the game was originally announced way back in 2009 as a PlayStation 3 exclusive. Following numerous delays and a lack of updates from Sony, there was genuine concern that the project had been cancelled.  However, The Last Guardian was finally released in December 2016 as a PlayStation 4 exclusive. Only one question remains… was it worth the seven year wait?

Anyone who played Ico (2001/2002) and Shadow of the Colossus (2005/2006) will know Fumito Ueda’s games take a minimalist ‘design through subtraction’ approach. He likes to create fantastical yet believable worlds where players can become wholly engrossed and immersed. Gameplay mechanics will seem deceptively simple at first and there will be no unnecessary distractions.

Ico was a puzzle-platformer where a young boy tried to escape an abandoned fortress while rescuing a trapped princess. Its spiritual successor Shadow of the Colossus was an action-adventure game featuring a large open world – the forbidden land – which was pretty much empty, challenging players to complete sixteen huge boss battles in order to bring a girl back from the dead. Despite the apparent simplicity of both titles, they told ambiguous yet compelling stories and offered timeless experiences unlike anything released before or since. Until now. 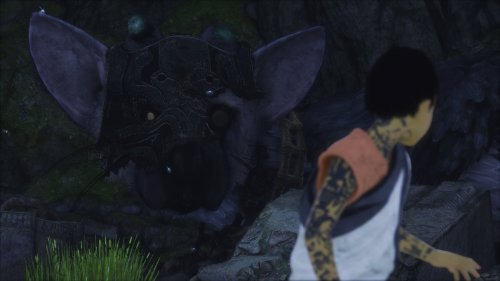 In true Ueda style, The Last Guardian begins without much in the way of exposition. A young boy wakes to find himself in a strange cave, his skin covered in peculiar markings. An older man’s voice narrates these moments, clearly the grown up boy recalling past events. Nearby, a ‘great man-eating beast’ – a half-bird-half-mammal creature called Trico – lies chained, breathing raggedly. Spears protrude from his body and his wings appear broken.

The opening moments of gameplay involve helping Trico and gaining his trust. He won’t allow the boy to come close at first, but after feeding him several glowing barrels that can be found nearby – a mechanic that will be repeated throughout the game – his aggression dissipates. Removing the spears and chains isn’t exactly smooth sailing, but eventually Trico is freed from his restraints and the boy has a temperamental new ally to help him escape.

Controlling the boy admittedly takes some getting used to, with each gorgeously animated movement feeling like it has real weight behind it. If you change direction suddenly, he might stumble and fall before scrambling back to his feet. Unlike most other PlayStation games the Triangle button is used to jump, with the X button instead used to make the boy drop down from Trico and ledges. However, thinking about the placement of these buttons, this setup does make sense.

The controls of Ueda’s games have always felt a little bit ‘loose’ and The Last Guardian is no exception. However, the sense of realism and weight continually adds to the experience and before long the controls will become second nature. Unlike in Shadow of the Colossus, a button doesn’t need to be continually held to ‘grip’ whilst climbing. The boy will automatically hold on to Trico – rest assured, the player can still move and alter their position – which is a welcome decision, as players will spend a lot of time riding him. Sadly, button prompts can be slightly intrusive at times, but overall the game does a great job of teaching the player how to play.

Once the boy and Trico have left the confines of the cave, the world of The Last Guardian opens up beautifully. They appear to be trapped within a huge, crumbling castle, surrounded by towering mountain walls. The graphics are incredible, with unparalleled art and sound design making the occasional low resolution texture completely forgivable. The boy is far too small to traverse this location alone and must work together with Trico to overcome a variety of puzzles and obstacles. Trico cannot fly, but he can make incredible leaps across gaping chasms. Eventually, the boy is able to issue commands to Trico… but he won’t always listen.

Trico is an awe-inspiring accomplishment. His/her sex is never made clear, so we’ll refer to him as male for the purpose of this review. The way he is animated, from his colour-shifting eyes to his individually animated feathers, is nothing short of astonishing. You can tell from his body language and facial expressions whether he is happy, sad, angry or hungry. He will sometimes roll on his back in pools of water, or play with dangling chains. When you fall, he will try to catch you. He doesn’t always do as he’s told, but he will often come through for you when it counts. He truly feels alive. 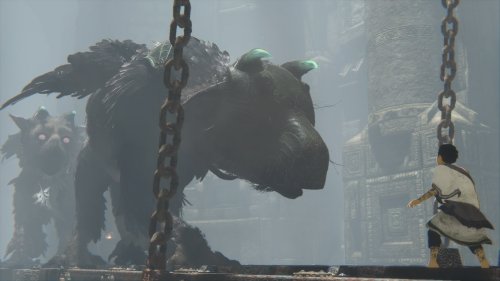 Trico is the main reason the game works so well. He doesn’t feel like a scripted AI character. Sometimes this can lead to frustration, but the payoff is definitely worth it. There are a few different types of enemies in this game and the boy seldom has the tools to deal with them. A shield is found very early on that can shine light at targets, causing Trico’s tail to fire bolts of lightning – but it’s soon lost and won’t reappear again until later on.

Often, the best course of action is to run as quickly as you can to Trico and let him deal with any would-be attackers. Rather than making the player feel weak, this dynamic only strengthens the bond between the boy and the beast. After a battle it’s common for Trico’s body to be covered in bloody feathers and spears. It’s the players job to calm him down, before removing the spears and getting him ready to continue onwards.

There are simply too many standout set-piece moments to single out just one. The Last Guardian is at its best when everything goes to hell, structures crumbling and dark forces advancing as the boy and Trico desperately try to gain the upper hand and reach solid ground. On the base PlayStation 4 the framerate can drop slightly during such key moments, but it’s never for long and it doesn’t greatly impact the overall experience.

In a surprising change from previous Ueda games, the story being told is fairly straightforward and even employs the use of flashbacks to flesh out the backstory. Rest assured, not everything is fully explained and there are still plenty of story beats and moments that are left up to individual player interpretation. The ending in particular is sheer perfection (be sure to keep watching after the credits), sidestepping expectations to deliver a denouement that is poignant, moving and beautiful. 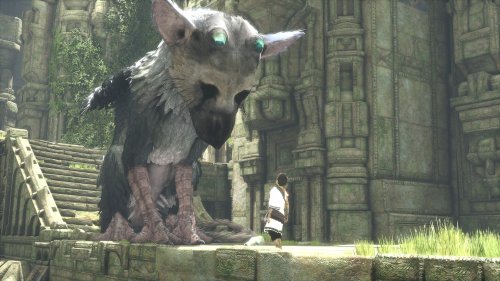 Does the Last Guardian have issues? Absolutely. The controls can sometimes make moving the boy with precision more difficult than it should be, Trico can stubbornly refuse to play ball at the most inopportune of moments and the camera can get stuck (especially when Trico is squeezing himself down a tight corridor). The framerate can also drop below 30fps from time to time. Do any of these issues ruin the experience? Absolutely not.

The glorious, Thomas Newman-esque soundtrack written, orchestrated, conducted, and co-produced by Takeshi Furukawa is sublime, making even the smallest moments feel essential. The art and sound design is light-years ahead of what most other video game studios are currently producing (apart from Naughty Dog). The story is engaging, uplifting and utterly heartbreaking. Then there’s Trico, one of the most lifelike and convincing video game characters of all time. Ueda and his team set out to make something ‘timeless’ with The Last Guardian and I can’t think of a better word to describe it. Was it worth the seven year wait? Without question. You can’t rush a masterpiece.