BOOK REVIEW – The Art of Alien: Isolation by Andy McVittie 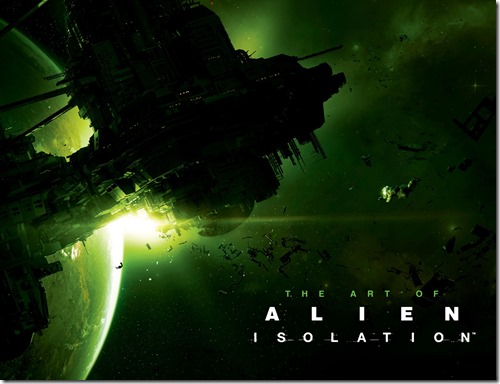 The Art of Alien: Isolation offers an in-depth look at the artwork behind the critically acclaimed video game Alien: Isolation, released by The Creative Assembly in 2014. Written by author Andy McVittie, who has worked in the video games industry for more than 20 years, the book features never-before-seen concept art, sketches, 3D renders and much more, all accompanied by an extensive behind the scenes commentary from the game’s artists and creators.

‘The original film ALIEN was our primary source of inspiration, a haunted house in space. Our central direction has been one of authenticity, to produce game content which looks and feels in keeping with the much loved universe of ALIEN. Taking our principal cues from the pioneering movie, we’ve attempted to create a believable ‘used future’ in keeping with the original vision. The choice to reference the 1979 classic has given us a creative platform from which to explore and unfold this highly acclaimed retro future.’

Alien: Isolation was well received when it was released last year, though some critics and players disliked the AI of the alien creature, finding it less intelligent – and far more unfair – than the developers claimed. Regardless, there is one aspect of the game that everyone seems fully able to agree on: it feels like it belongs in the same universe as Ridley Scott’s classic 1979 science-fiction horror film. The attention to detail and authenticity is staggering and this art book only solidifies that fact, whilst also doing a wonderful job of explaining exactly why this has proved to be the case.

The book is split into six separate chapters, each covering a different aspect of the production: Characters, Weapons & Equipment, The Cold Vacuum of Space, The Sevastapol Station, The Xenomorph, and Storyboards. Each section offers a unique insight into the world-building process undertaken by The Creative Assembly, who were given access by 20th Century Fox to over three terabytes of archived data related to the original Alien film, including notes on prop and set design, concept art, behind the scenes photos, videos, and the film’s original sound effect recordings.

‘Something we’ve said since day one is that if something couldn’t have been built on the original set in 1979 we wouldn’t build it. This isn’t a catch-all design mantra, merely a tool to sanity check our designs. We’ve created an enormous amount of content, all of which references the movie in one way or another.’

It’s impossible not to be impressed as you read about the incredible lengths the artists involved went to (right down to producing line drawings and sketches that echo Ron Cobb’s design work on the original film) to ensure the game world would deliver an authentic and engrossing experience. It’s even more impressive when you release they’re not merely copying the source material either – they’re emulating the past to expand beyond the scope of the original experience and offer something both familiar and new.

The sheer size of the game’s environment and the artwork that depicts it is incredible, with some of the best pictures featuring a small human figure – barely distinguishable – to properly convey the sense of scale. Not only does the book collect many different pieces of design work and concept art, it also shows just how much time and effort was spent making sure it would all come together to form a coherent whole. This is illustrated beautifully when extensive concepts, characters, weapons and scenes are shown that didn’t even make the final cut. There is nothing here that’s anything less than exemplary, but The Creative Assembly were more than willing to cut out material that wouldn’t add to the overall experience or match their final vision. 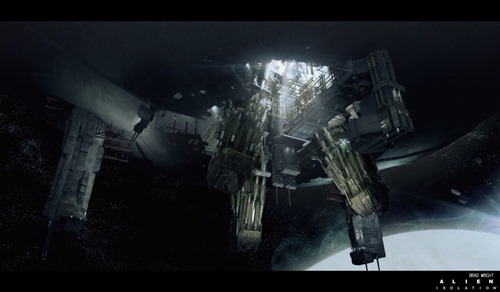 The Art of Alien: Isolation is a superb art book that offers some incredible insight into one of the most visually stunning video games of recent years. It’s worth noting that it contains some spoilers for those who haven’t yet played or finished the game and it may have benefited from a slightly larger format – though the quality and presentation from publisher Titan Books is gorgeous as always. It’s very telling that the parts that are the least impactful are those showing the now-familiar Xenomorph – structures, corridors and rooms have never looked so beautiful and captivating!

4 responses to “BOOK REVIEW – The Art of Alien: Isolation by Andy McVittie”