Resonance is an upcoming indie point-and-click PC adventure game from XII Games in collaboration with Wadjet Eye Games. Featuring four playable characters, the game is based around the mysterious death of a particle physicist and his hidden vault. Each character becomes involved for their own different reasons and all must be controlled, both separately and working together as a team, to uncover a potentially deadly new technology.

Resonance immediately stands out from the adventure game crowd. It’s another well-made AGS (Adventure Game Studio) game featuring full voice acting and a twisty-turny storyline – Wadjet Eye Games are certainly getting quite the reputation for releasing old-school style modern-day classics. What makes this game really different and unique is the inventory system, which is so innovative and cool that it’s practically guaranteed somebody is going to steal it at some point in the future.

Most adventure games only have a single inventory, whereas Resonance has three. The first is your typical bottomless-pockets type of inventory regularly employed by every adventure game protagonist from George Stobbart and Manny Calavera to April Ryan and Samantha Everett. The other two are far more unusual – short-term and long-term memory inventories. 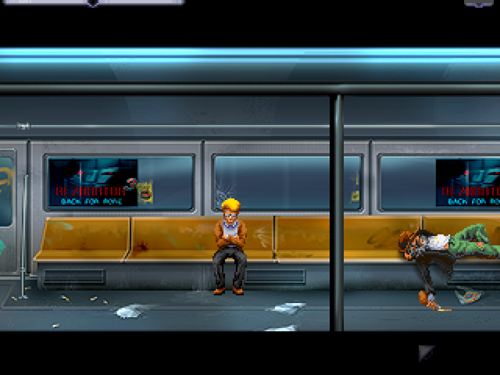 Long-term memories occur at specific points throughout the game and can be referred to indefinitely – clicking one makes it play out for you like a short film, refreshing your memory and offering clues. You can also drag them like regular inventory items to use with the environment, or even utilise them as conversation topics when chatting to a NPC. The short-term memories are perhaps even cooler – you can drag any three hotspots from the environment and store them in your short-term memory inventory for later use.

The potential gameplay ramifications of this three-tier inventory system are immense. Not only are the puzzles made infinitely more complex whilst remaining logical, but you can often play the game as you actually would if you were the character. At one point in the press demo, a janitor is insistent that his wrench is still inside a nearby maintenance cupboard, even though it clearly isn’t. However, he earlier told you a story about how he escaped a dangerous building by smashing the window with his wrench. Drag the memory over to him and wham – he chuckles at his forgetfulness and hands you the tool. 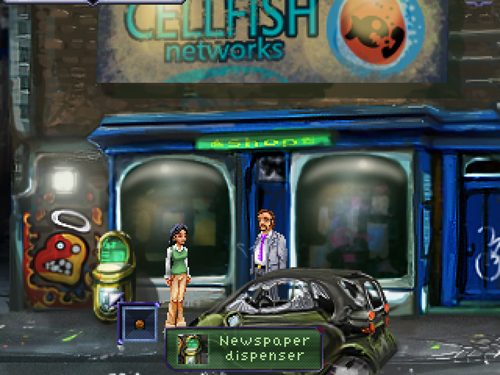 There are plenty of other innovations on display too, including an opening that switches between each playable character, with the player choosing in which order to unravel the prologue. Each character is likeable in their own way, well voice acted and brings something to the story. It’s hard enough for many adventure games to create one memorable hero, let alone four – Resonance has a gripping story with the cast to match. There is even a points-based rewind system if you die.

Speaking to Alternative Magazine Online recently, Wadjet Eye Games founder Dave Gilbert commented on the scope of the project and the experience of working in collaboration with XII Games and Vince Twelve, saying: “Resonance is, without a doubt, our biggest and most ambitious title to date. Vince spent a lot of time hashing out the story and gameplay and it really shows. It’s been a blast working with him.”

If the preview build is anything to go by, Resonance is shaping up to be a very special adventure game indeed. Although it has a much more contemporary setting, the art style and mature storytelling immediately brings to mind another fantastic Wadjet Eye Games published adventure game from last year, Gemini Rue. The length of the press demo is also impressive – the final release should keep players pointing and clicking for quite some time. Even a slightly obtuse maze sequence can do little to dampen what is surely going to be a hugely enjoyable interactive storytelling experience upon release.

Resonance is currently scheduled for a May release and more details are coming soon.