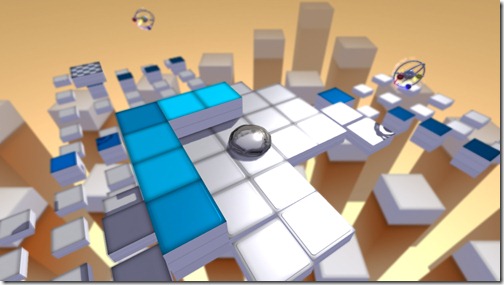 Mercury Hg features 60 brand new levels filled with hazards and obstacles, as well as additional challenge maps and bonus levels. The aim of the game is to traverse each level not by controlling your beautiful little blob of mercury, oh no, but by tilting the level itself. The tutorial levels start things off gently before letting the player tackle the real meat of the game in ‘Discovery Mode’.

The opening tutorials are extremely helpful. Your blob of mercury can change colour if passed beneath certain devices, which then allows it to cross any floor of the same colour. Sharp corners can also sever your blob into separate segments, which isn’t always necessarily a bad thing as it then allows you to take on two separate colours before mixing them to create a new one. The electronic soundtrack is genuinely catchy and actually alters the levels slightly too, making them pulse and expand/contract. You can even play your own music via the XMB which is quite frankly an ingenious feature! 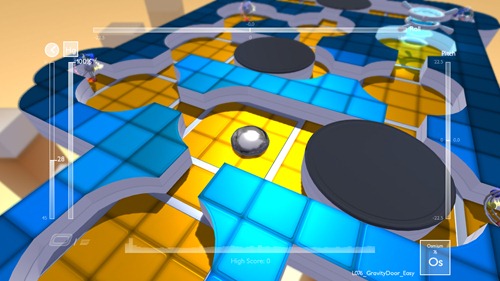 The levels are all rather tricky, featuring moving platforms, sheer drops, magnets and many other hazards. Thankfully, even if you do go slightly over the edge of any given level, you will only lose some of your mercury blob. The difficulty is quite high but ultimately feels fair. Each level has four separate goals and they can all be completed independently of each other. Players will be rewarded for finishing within a set time limit, collecting all of the atoms, finishing with their mercury blob 100% intact and just for finishing a level in the first place.

The graphics are sharp and bright, coupled with a catchy techo soundtrack. The overall aesthetic of the game is very pleasing indeed. There is a sleek, modern polish as you slide through the levels that makes the £3.99 asking price seem like an absolute bargain. I would recommend using the left analogue stick to tilt the levels as it offers far more precision than the PlayStation 3 exclusive motion controls via the Sixaxis, especially if you’re trying to beat your best time or climb the online leaderboards. 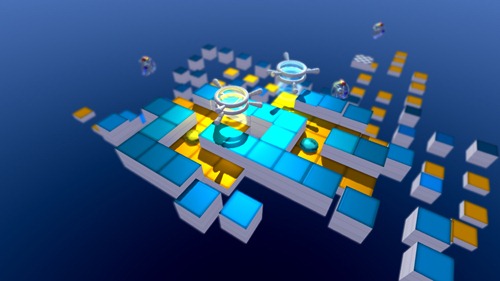 Mercury Hg is a great little downloadable puzzle game. Sure, it doesn’t do anything spectacular but it takes a tried and tested formula and polishes it to a fine shine. The ability to play your own music is a masterstroke and the multiple goals within each level ensure that players of varying skill can pick up a controller and join in the fun. The recently released Puzzle Dimension offered a puzzle game of similar quality and build, but the level tilting mechanic and physics-based properties of the mercury blob here just about give Mercury Hg the edge. Good, solid fun that looks and sounds fantastic without costing an arm and a leg.