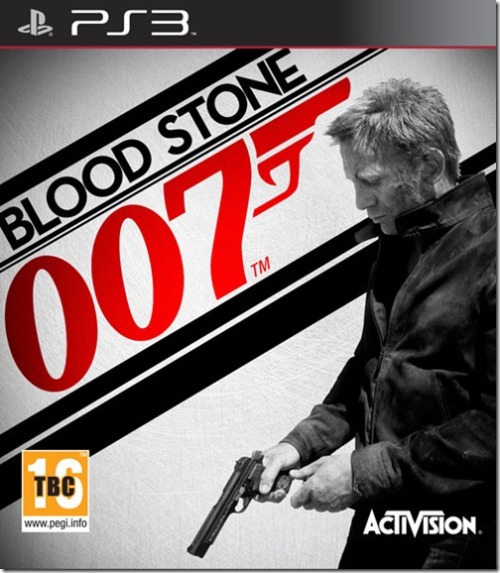 Blood Stone 007 is an action game developed by Bizarre Creations and published by Activision for PlayStation 3, Xbox 360 and PC. Telling an original James Bond story entirely separate from the film series, the game features the voices and likenesses of Daniel Craig, Judi Dench, and Joss Stone. Bizzare Creations had a lot to overcome when undertaking this project: they are more well known for their racing games (Project Gotham Racing series) than their action efforts (The Club), and the highly anticipated Goldeneye 007 on Nintendo Wii shared the same release date. 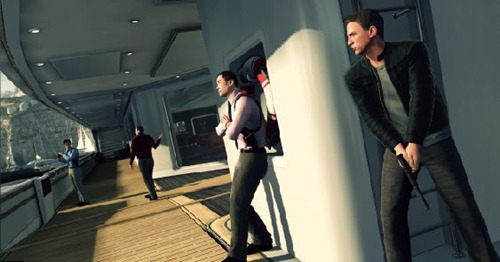 Unlike first-person shooter Goldeneye 007, Blood Stone is a third-person adventure game with some driving sections thrown in for good measure. Productions values are high: this feels very much like an authentic Daniel Craig/James Bond flick, right down to the opening credits with an original song performed by Joss Stone, who also stars as socialite Nicole Hunter.

After a lengthy 4GB install on PS3 (par for the course it seems for multi-format games these days) players take control of Bond as he infiltrates a boat in Athens. The controls are fluid and easy to learn: Bond can take cover, pop off headshots and initiate hand-to-hand combat with the press of a button. So far, so Nathan Drake.

Some Sam Fisher is thrown in for good measure too: players can build up Focus Aim with each hand-to-hand Takedown performed (up to three can be built up) before Bond is able to unleash a series of automated headshots, similar to Splinter Cell: Conviction’s ‘Mark and Execute’ mechanic. However, this isn’t as useful as it was in that game, because on anything but the highest difficulty levels, the reticule will always snap to the nearest enemy anyway. 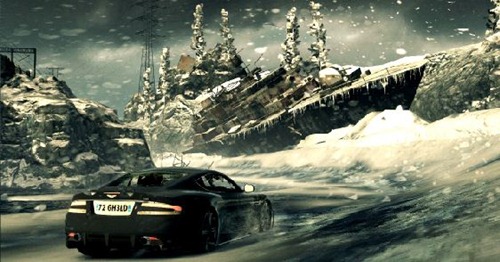 Elsewhere, the driving sections are excellent, unsurprising considering the pedigree of the developers within the racing genre. The graphics during these scenes seem to take a slight jump in quality too, with the cars in particular looking incredible. Driving the cars (and even a boat at the end of the opening level) is always exhilarating, even if it basically amounts to holding down the accelerate button and driving in a reasonably straight line.

This can be somewhat excused because these sections are of course limited to a set course, whereas the regular shooting levels are slightly more open. Most deaths during the game will be incurred during these driving sequences: it is almost a necessity to learn the exact layout of the course ahead. The trial and error gameplay of these sections reminded me a lot of Stuntman: Ignition.

The high graphical quality of the driving levels doesn’t mean that the main game looks bad. It doesn’t. Rather, it can be a little inconstant at times. Cutscenes always look slightly unnatural and require a load screen before and after playing, hinting that they don’t utilise the in-game engine. Still, when running and gunning as you globetrot, things look smooth and solid with some great variety and set pieces offered throughout the various environments. Daniel Craig’s likeness is uncanny at times, if a little inexpressive overall. 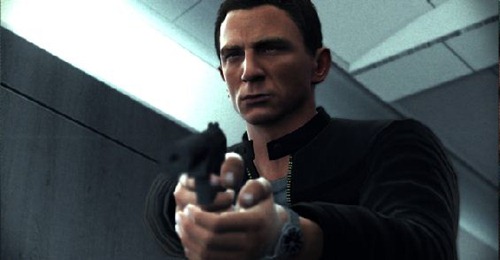 The cover system works very well and does something basic that most other shooters miss: it allows you to move around corners and remain in cover!  Jumping can only be done at certain times with a press of the Circle button. Motion capture has obviously been used and the brutal Stealth/Regular Takedowns are always bone-crunchingly satisfying. There is a smooth flow to the shooting and hand-to-hand combat that makes the player feel as powerful as Bond in the recent movies.

So what problems does Blood Stone have? Well, several actually. It is short, 5-6 hours tops, artificially lengthened if you play at the higher difficulty settings. Also, the storyline is more of an excuse rather than a incentive, even if it does pan out rather well in the end. The use of Bond’s Smartphone is taken straight from Batman: Arkham Asylum, allowing players to hack doors/cameras and locate enemies… yet it never becomes the invaluable tool that it should have been. Finally, multiplayer is tacked on, removing the hand-to-hand/driving/story elements and in the process becoming a rather safe, boring experience. Oh, and Joss Stone’s character is criminally underused…

Which leaves Blood Stone 007 in a somewhat peculiar position. It pillages from nearly every recent successful game within the genre and still manages to emerge in the end as a good game in its own right. It reminded me a lot of Kane and Lynch 2: Dog Days, which was also a short shooter. However, whereas that game tried to make up for a horrible pair of protagonists and a rubbish storyline by offering split-screen co-op and a strong multiplayer component, Blood Stone’s brevity is mended by the use of a strong licence and high production values. Perhaps I am being slightly overgenerous with my final score, but I had a lot of fun playing Blood Stone. If length or price is an issue for you, I would still recommend giving it a rental. A guilty, albeit brief pleasure.