Those wonderful individuals at Telltale Games have done it again! The new series of Sam & Max started out strong with the release of Episode 1: The Penal Zone last month, but I never imagined in a million years that Episode 2 would trump that prior outing so quickly. Yet, with The Tomb Of Sammun-Mak, they may well have done just that. Ladies and gentleman, the bar for this brand new series featuring our favourite crime solving anthropomorphic dog and his hyperkinetic rabbity thing sidekick has just been raised! 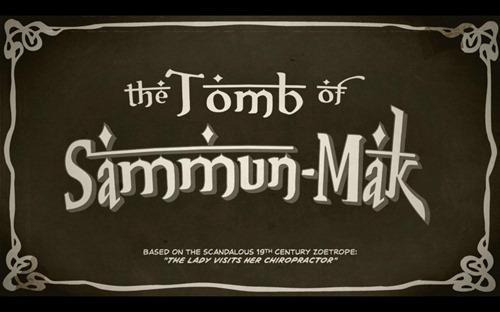 Damn the Telltale team though, damn them all! Why you may ask? Because, by crafting such brilliant tales, they have made reviewing their games really, really difficult. Sam & Max is undoubtedly one of their breeziest franchises, yet to spill too much of the plot here would be to spoil the story entirely. This is turning out to be a really surprising series as a result! I found myself somewhat shocked and delighted by the complexity and ingenuity of this latest outing.

Episode 2 picks up immediately where the last one ended, with Sam & Max finding the Devil’s Toybox beneath their office building. But whose familiarly shaped skeletons are we witnessing frozen stiff nearby? Surprisingly, we don’t find out via our usual protagonist’s oddball investigational techniques. That’s right, for this episode, we add flesh and blood to those skeletons, playing Sameth and Maximus, Sam & Max’s ancestors! 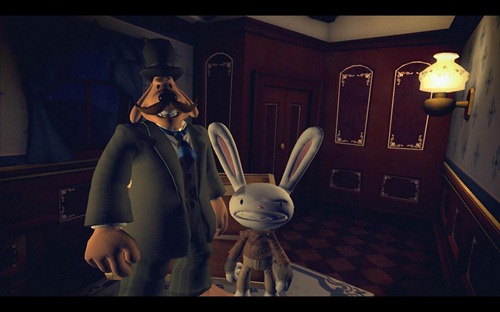 This is where the real ingenuity of the episode comes into play. Although not controlling Sam & Max directly (technically), you will still be using them to switch between four unique projection reels, found in their modern day basement. Via Max’s newfound powers, the duo are now able to embody their ancestors as they are projected onto a nearby wall, reliving the past in the process. Sameth and Maximus are on their way to Egypt to steal the Devil’s Toybox from the moleman guarded Tomb Of Sammun-mak!

The idea of switching between these four reels is a stroke of genius, reminiscent of  the time-travelling antics presented to us previously in the classic LucasArts adventure Day Of The Tentacle. Reels can be solved out of order, yet progressing within one may require knowledge of earlier events, shown via a different reel. The result is a refreshing tangent of the Sam & Max universe. Sure, Sameth and Maximus are basically Sam & Max in costume, but this somehow makes it all the more hilarious as events unfold. 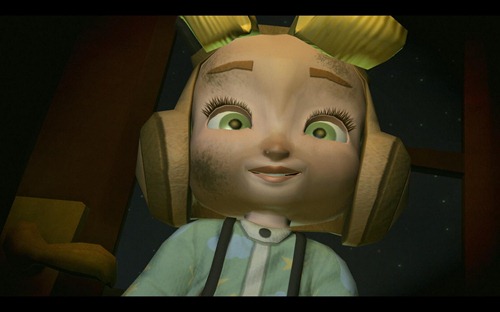 The time period has been nailed perfectly, with the use of stylised title cards adding to the old fashioned bonkersness of it all. This is 1901 in the world of Sam & Max and it never disappoints. One particular section, set onboard a moving train named The Disorient Express, just oozes authenticity. A pretty bizarre thing to comment upon in a game featuring a 6 foot tall talking dog and his crazy rabbit pal perhaps, but true nonetheless. The period depicted is spot on, albeit in an accentuated, parodied manner, tongue firmly in cheek.

Elsewhere, the cast is rounded off nicely with characters such as Nicolas St. Kringle, a cookie munching, milk guzzling, pint-sized tyrant, his gang of elves and some more molepeople. Yet baby Amelia Earhart undoubtedly steals the show throughout, speaking and moving at breakneck speed, only resting when Ride Of The Valkyries plays (it helps her nap!) 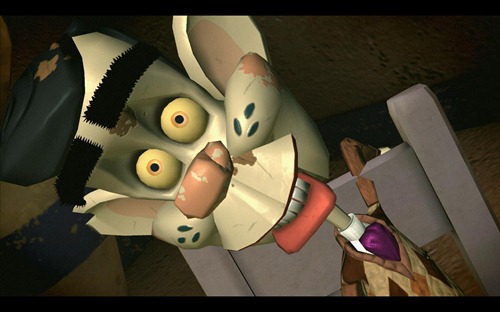 The puzzles are well paced, bringing into play the aforementioned reel swapping mechanic, the use of curses and even offering some cool new psychic powers for Max (imus). Solutions come fairly easily but never feel too easy. This allows a wonderful sense of satisfaction when juggling different scenes and clicking things into place. The old powers sadly don’t return here, but the two new ones that are introduced are still pretty good, the first allowing Sameth and Maximus to hide inside a tin of nuts, the second projecting Maximus’ voice into nearby objects via a special ventriloquist’s dummy. The only downfall of this episode is that by going back in time, it sidesteps the acquisition of the psychic skills from The Penal Zone, although I am sure they will be back for Episode 3.

Okay, so now we draw towards the end of the review. Hopefully nothing has been spoiled! Rest assured, this is a great episode. Yet some problems do raise their ugly heads. I noticed a few more graphical glitches than last time round, as well as occasions where the game loading would cause little glitches, such as speech beginning too early. I even saw some scenes for a split second before a cutscene would begin, letting me know where I would be when I took control. I also noticed instances of Max’s ears going through walls and even into Sam! These were only small issues and didn’t ruin my experience by any means, but they were present nonetheless. The Telltale engine also seems quite demanding here on full settings even on a new PC, although I am sure on lower settings it would prove quite adaptable. I guess the updated graphics come at a price!

The Tomb Of Sammun-Mak entirely negates any complaints of the last few series being predictable and routine by taking a risk that largely pays off. It is a shame we don’t get to use Max’s psychic powers from The Penal Zone again, after all they were the main source of invigoration and excitement for many players when they were introduced last month. Yet the cleverness of the chopped up story here more than trumps last month’s effort. We are also given an even more exciting cliff-hanger. Who else is excited for Episode 3?

One response to “GAME REVIEW – Sam & Max: The Devil’s Playhouse, Episode 2 – The Tomb Of Sammun-Mak”