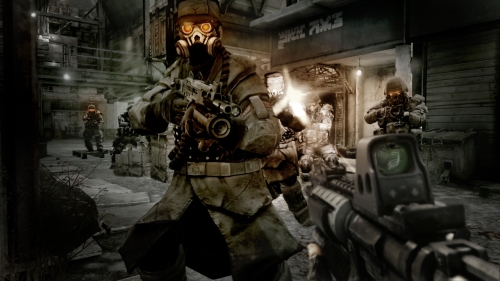 Killzone 2 for the Playstation 3 is graphically so far ahead of anything else that it is almost shocking. It has also been receiving rave reviews left, right and center. After completing the game twice, and having a good crack at the online multiplayer, I have decided to offer some thoughts on the game. I must start by saying I have enjoyed my time with it, and it was worth the money I paid. However, I feel it has been thoroughly over-praised.

My reasons for this are as follows:

Still, this is a good game that graphically cannot be faulted. Sadly, I can not call it a classic due to the above faults. I would certainly take a good, well written story and well-developed characters over all the technical razzmatazz on display here any day of the week.  Sadly, I think many PS3 gamers simply wanted a Halo-killer, and will not admit any of this game’s faults. I wonder if any other PS3 gamers agree with me?