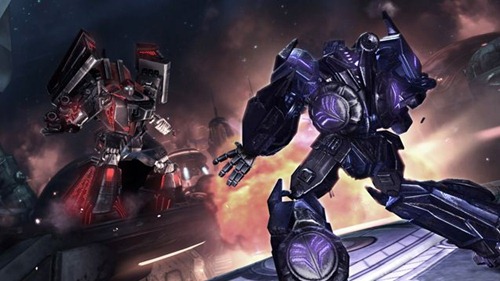 If there’s a franchise that’s been retold over and over again it’s the story of the Transformers. In their 25 year lifespan they’ve had stories of beast wars and machine battles on Earth and in space. One series may have heroic leader Optimus Prime take the form of a semi-trailer fighting a planet-sized villain and in the next he’ll be a fire truck that combines with his tough-guy brother Ultra Magnus. He’s been a big gorilla that’s played King Kong with T-rex Megatron and won time and time again, and recently he’s returned to the silver screen to tear bad guys apart and draw attention away from Megan Fox’s lacklustre acting.