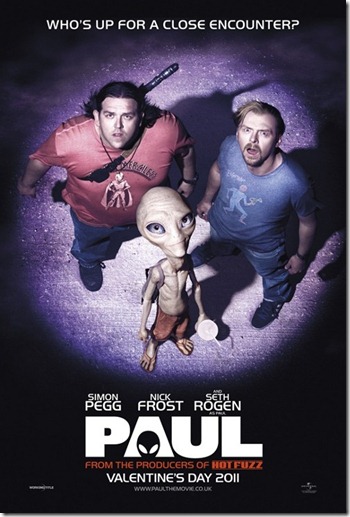 Dynamic duo Nick Frost and Simon Pegg finally return to the big screen in 2011 with sci-fi extravaganza Paul. As filming progressed last year, the team behind Paul posted vlogs on YouTube, ensuring that the talk around the film was ongoing months before its Valentine’s Day release. Without their old pal Edgar Wright involved and Greg Mottola (Superbad, Adventureland) helming the film instead, is Paul just as good as Hot Fuzz and Shaun of the Dead?