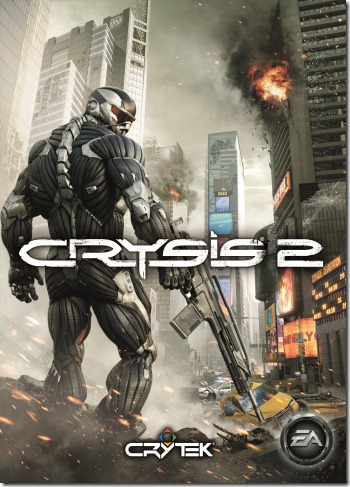 Crysis 2 is is a first-person shooter developed by Crytek and published by Electronic Arts. It is the sequel to the video game Crysis (2007) and its stand-alone expansion pack Crysis Warhead (2008). Set in 2023, the player takes control of a Force Recon Marine named Alcatraz as he battles alien invaders through a ravaged New York City. Crysis 2 was released in North America, Australia and Europe in March 2011 for Microsoft Windows, PlayStation 3 and Xbox 360.