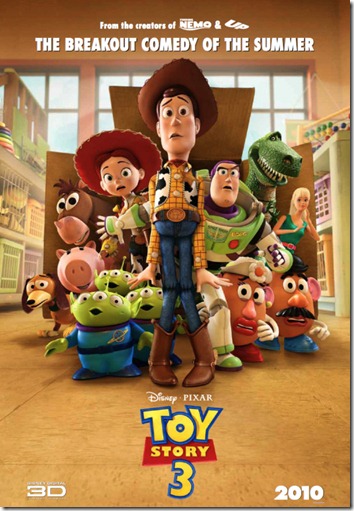 After languishing in development hell for nearly ten years, Toy Story 3 has finally arrived. Disney’s own Circle 7 Animation tried to do a third sequel without Pixar’s involvement in 2004, but when relationships were patched up in 2006 (Disney actually bought Pixar in January of that year for $7.4 billion) production was halted and the project transferred back to Pixar where it belonged. Four years later, the toys are back in town for one final adventure, this time in Disney Digital 3D.