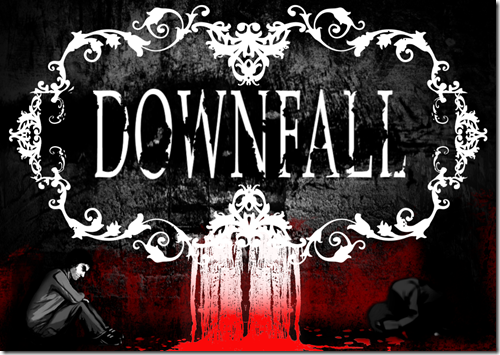 Downfall: Redux is a horror adventure game from auteur game designer Remigiusz Michalski, creator of The Cat Lady. A remake of his first game, the point-and-click adventure game Downfall (2009), Downfall: Redux once again joins troubled husband Joe Davis as he tries to save his marriage. A planned romantic getaway to the Quiet Haven Hotel soon turns nasty when his depressed wife Ivy goes missing from their room. To get her back and achieve redemption, Joe must face a series of horrific obstacles that will reveal exactly what kind of man he really is. Meanwhile, the storm outside rages on…

The original Downfall, despite any technical limitations, was a relatively obscure minor masterpiece in interactive storytelling. It paved the way for the critical success of The Cat Lady (which AMO described as “a game that is rotten to its very core and at the same time utterly compelling and beautiful”), which built upon its DNA to offer a truly memorable experience unlike anything else released within the adventure genre in recent years.

The Cat Lady was a huge leap forward in presentation from lo-fi point-and-click adventure game Downfall, with a vastly different keyboard arrow-based control scheme, improved graphics, sound design and full voice acting. With Downfall: Redux, Remigiusz Michalski is finally given the chance to take the cult classic that quietly kick-started his career and make it more accessible to the masses. The overall audio-visual presentation now matches The Cat Lady (and in some instances, surpasses it), creating a familiar experience that is quite literally reborn. 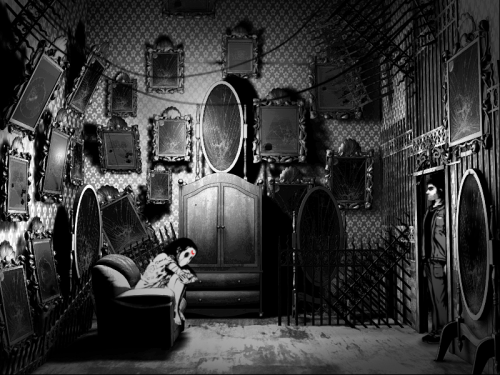 The plot is bizarre and extremely creepy from the outset. After a haunting playable prologue that won’t be spoilt here (it’s definitely worth playing so please don’t skip it!) Joe Davis arrives at the Quiet Haven Hotel in the English countryside with his wife Ivy, a storm not far behind them. Upon arrival, she starts to display increasingly peculiar behaviour, speaking in ominous riddles and causing arguments with Joe. She tells him they’re over. They say you should never go to sleep fresh after an argument – but that’s exactly what they do. When Joe wakes up, she’s gone.

So they argued and she left, right? Wrong. Joe heads downstairs to investigate and finds the dining room full of dead people in animal masks. The hotel receptionist tells Joe he needs to visit room 2o2 if he wants to save his wife, so he heads there and… things get really, really weird. A crying woman in a mask named Sophie tells him that to save his wife, he’ll have to kill her… and the other versions of her found throughout the hotel. They’re only memories, she says, and people kill memories all the time. So it’s fine, right?

That’s the limit well and truly reached for how much of the plot will be revealed in this review – to spoil anything beyond the opening minutes would be to rob the narrative of its sheer brilliance. Even for those who’ve played the original release, there is much to be discovered as Joe desperately wanders the halls of the Quiet Haven Hotel. This is a scary game not because of its moments of shocking gore, but because the player is so often left in the dark.

The player becomes Joe Davis, and through his dialogue choices and actions is shaped by the player. There’s even a subtle nod to the ultimate masters of decision-making, Telltale Games. It may well all be smoke-and-mirrors (like The Cat Lady before it) but it doesn’t really matter – it works in the moment and makes the game become that little bit more personal to each and every individual player. 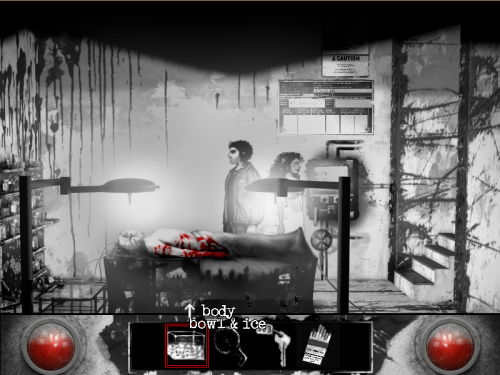 The performances are excellent across the board. Some of the smaller roles can sound slightly off at times, but the main characters shine. Jesse Gunn (who also contributes some of the game’s original music as Warmer) simply is Joe Davis, likeable even as you become more and more unsure of his sanity. Likewise, Isa And does a great job of voicing Ivy during her brief appearances, never overacting despite her inherent craziness.

Yet it’s Tina Beaudry as the mysterious Anges who is the breakout star. Her character arrives at roughly the midway point and soon becomes Joe’s one and only ally – you even get to control her briefly later on. She’s a shining light amidst the relentless dark, always optimistic and ready to help. She’s voiced to perfection and arrives at just the right moment, making the hopelessness of the situation loosen its grip just enough to keep the player pressing forward.

In terms of gameplay, Downfall: Redux loses much of the ‘traditional’ puzzle solving of its forebear. The gameplay is an identical match for The Cat Lady, with players simply moving Joe with the ‘left’ and ‘right’ arrow keys, then pressing the ‘up’ arrow key to interact with a hotspot (such as opening a door) or the ‘down’ arrow key to access the inventory. It’s a streamlined control scheme that feels odd at first but soon becomes second nature, with the added benefit of making the player feel like they’re actually doing all of the legwork themselves – in short, it puts you right in Joe’s blood-stained shoes. It also removes any frustrating moments of pixel-hunting and, combined with expert storytelling, ensures the pace is kept brisk and snappy. It may only be 4-6 hours long, but Downfall: Redux never drags or loses your interest for a single moment.

The black-and-white graphics are gorgeous, with only occasional splashes of colour – mostly blood-red. The aspect ratio is obviously intended to be displayed at 4:3 (this isn’t a negative, as it adds to the claustrophobic horror atmosphere and retro vibe) so it’s worth setting the game up properly so it doesn’t stretch on a widescreen monitor or TV. The character animation is particularly well done, working in harmony with the voice acting to bring the limited cast to life (or indeed, death). The soundtrack by micAmic is understated and ominous, working perfectly as rain patters against – and lightning flashes through – the hotel windows. There is also music from Warmer, 5iah, Ben & Alfie and Black Casino And The Ghost – the latter giving the game its most memorable tune with Boogeyman.

Brilliantly written and beautifully put together, Downfall: Redux is a remake that goes the extra mile. Fans of the original game and/or The Cat Lady certainly shouldn’t miss out on this unique and uniquely disturbing horror adventure. Even newcomers who don’t necessarily enjoy or appreciate the horror genre will find a great story if they can see past the moments of gore. There are only some small criticisms to be made. The playtime is brief and there are changes to the story from the original game that may improve or diminish the overall experience based on personal preference. However, these same changes have allowed the game to be brought much more neatly into a shared universe with The Cat Lady, making them entwine in a manner that is nothing short of delightful. It doesn’t have the depth or the breadth of The Cat Lady, but as a shorter, far more focused experience – it delivers.

Remigiusz Michalski has been an indie game developer to watch for a while now. Why not take the time to visit the Quiet Haven Hotel and see what all the fuss is about before everybody else starts checking in? Just don’t forget to bring your axe…