INTERVIEW – In Conversation With Erin Yvette (Sasha, Tales From The Borderlands)

Alternative Magazine Online recently reviewed Tales from the Borderlands: Episode 4 – Escape Plan Bravo, writing how “the incredible performances, stylised art direction and accomplished dramatic storytelling – treading the fine line between on-target comedy and outright slapstick – is an achievement well worth shouting about.” One of the aforementioned incredible performances comes from one of AMO’s favourite regular interviewees: she voiced Molly and Bonnie in The Walking Dead and Snow White in The Wolf Among Us. AMO is therefore proud to present an exclusive online interview with the voice of Sasha in Tales from the Borderlands, Erin Yvette!

Hi Erin, thank you for your time and welcome back to Alternative Magazine Online!

Thank you! It’s wonderful to here in this cyber interview!

What have you been up to since our last interview (where we discussed your role as Snow While in The Wolf Among Us) in early 2014?

Last year was pretty awesome! I had just graduated and signed with my first agency, so it was full of new and exciting acting opportunities. Voice-over became a huge part of my life and I was lucky enough to be a part of some really fun projects and commercials. I was also involved in quite a few really cool theatre projects around the Bay Area.

You’d recently graduated last time we spoke – is it safe to say that acting is now a full-time gig for you?

Yes, and I say that with crazy-eyes and a wide grin because I’m still amazed and so so giddy about it. I’m incredibly honoured and overjoyed that I get to fill my days and nights with so many amazingly fun, weird, challenging performance opportunities.

You’re currently voicing Sasha in the video game Tales from the Borderlands – what attracted you to the role?

Sasha has this irresistible spunk and spontaneity. She can be the best kind of ally and the worst kind of enemy, so I knew she would have a wonderfully challenging range of interactions with other characters. That’s an incredibly fun and interesting dynamic to play with, and that’s really what drew me in.

Were you previously familiar with the Borderlands games and universe?

Yeah, I’ve played through Borderlands and had gotten through most of Borderlands 2 when I auditioned. I’m not great at most FPS’s, but the Borderlands universe is just so weird and fun, it doesn’t really matter to me if I’m any good. My online teammates would probably disagree.

How would you describe Sasha?

She’s smart and capable with a unique and badass skill set. She’s got an edge to her and will bite when provoked. She can be volatile and vulnerable at the same time. She’s a dreamer. She’s a nerd (GUNS!) and a bit of a goof. And she’s fiercely loyal, with a sisterly bond that runs deep. My kind of gal.

Troy Baker voices Rhys in Tales from the Borderlands and is one of the most well-known and in-demand voice actors currently working today. Have you met him yet and if so, what was he like – has he given you any words of wisdom or advice about the industry in general?

Yes, actually he took me to this creepy swamp where he made me swing from vines and do front flips while he rode on my back yelling about “the Force” …I kid! But I did have the absolute pleasure of meeting Troy and he never once asked for a piggyback ride! Of course, he’s a bona fide pro. We had a super fun, albeit brief, recording session together for the Rhys-Sasha Atlas-jungle moments in Episode 3. Troy was hilarious on and off mic. I ruined a lot of takes from laughing at his improvisations, he’s amazingly good at riffing off of what’s written and adding to it. He’s exactly as awesome as you’d imagine (though taller, he’s probably taller than you’re imagining).

I was lucky enough to meet and record with Laura Bailey on a few occasions as well. She’s also super hilarious, tremendously talented, and a genuinely wonderful person. Total blast to be in the booth with her.

What’s it like working with Telltale Games again on yet another huge and exciting project?

Fabulous, as always. It’s just such a great team of hardworking people. They’ve really mastered the character/narrative-driven adventure game and they’re passionate about what they’re creating, which just makes the collaboration so easy and fun. 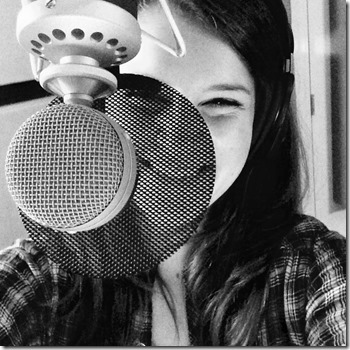 The recording process must be interesting because players can make so many different decisions that affect the game. Does this make your job more enjoyable or more challenging – or both?

It’s enjoyable, for sure. There’s also the added layer of having such different interactions with Fiona and with Rhys, both “the player.” Having such polarizing choices are what help to make the NPCs so interesting, since you shape the other characters as a result of your player choices. So yeah, it’s awesome to record all those different reactions, knowing there are a few slightly tweaked “versions” of Sash that you can have in your personal playthrough. I will say that a few of my favourite lines that I recorded are for Fiona’s silent option… so no one will ever really hear them (I mean, I don’t even choose silence in my own playthrough).

Would you have blown up Felix for betraying Sasha and Fiona at the end of Episode 1?

I let it explode. Which I immediately regretted because the man who voices Felix, Norman Hall, is the loveliest gentleman and telling him to “choke on it” just felt so wrong!

In my own playthrough of the game, Sasha and Rhys seem to be growing quite close – could you see them working together as a couple?

Totally! I love seeing them dork out. And I think they bring out the best in each other (and if you aren’t seeing that in your playthrough then you’re probably one of those Rhyiona shippers).

Tales from the Borderlands has been receiving tremendously positive reviews (especially from AMO) – what do you think it is about these games that appeals so much to gamers?

I mean, it’s based off of an already incredibly funny and successful game universe. And Tales took the opportunity to focus on the characters and push it all even further. It has moments of sincerity and drama. It also convinces you to care for these characters in a strangely compelling way that challenges players ethically, which is exciting and frustrating and awesome. 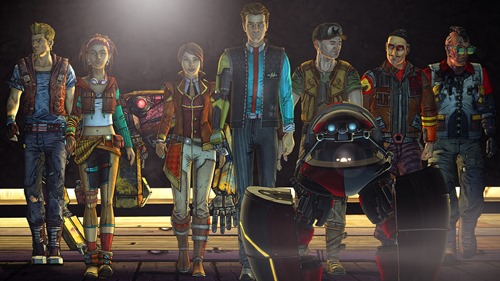 The opening credits sequence of each episode is truly epic – do you have a favourite from the episodes released so far?

Oof, I don’t know if I could pick one. I have favourite moments in each intro, for sure. They all evoke something very different and set the tone for their respective episodes. But I think I laughed the most with Episode 4’s intro. I couldn’t stop giggling at the slow-motion walk with Rhys eyeing Sasha, Fiona glaring at Rhys and Scooter creepin’ on Fiona. Also, Rhys’ barf slowly flying towards an immobilized August… So good.

Would you like to come back again as Molly from The Walking Dead or Snow White in The Wolf Among Us, if given the chance to do so in the future?

Absolutely. I miss both of those characters a lot and if players wanted more of them, I would jump at the change to revisit them. 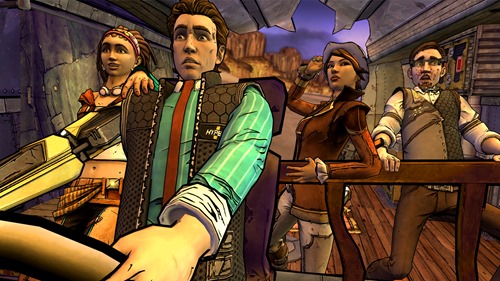 What’s next for you Erin?

I’m recording for a couple exciting things that I can’t quite talk about yet, but there are some big and exciting things I can talk about… I’m finishing up recording for Night School Studio’s upcoming title Oxenfree. I’m super stoked to be a part of that project and I think it’s going to be a super awesome/spooky/fun game. I recently finished recording a little role in Campo Santo’s Firewatch, another soon-to-be-released game that I’m excited to sit down and play. And I just voiced one of the playable characters in Shield Break Studio’s Bierzerkers, which was recently released on Steam Early Access. Play them all!

Thank you for your time, I’m really enjoying your latest performance as Sasha and I can’t wait to see what you do next!

Thanks so much, Martin! Always a pleasure 🙂