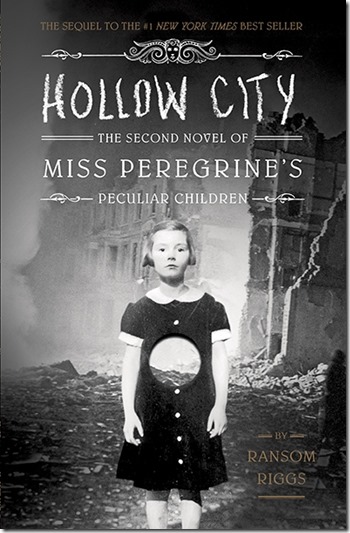 Hollow City by Ransom Riggs is the follow-up to 2011’s Miss Peregrine’s Home for Peculiar Children, which Alternative Magazine Online described as “an utterly compelling and truly unforgettable book.” Following on directly from the previous novel, readers once again join Jacob Portman and his newfound group of peculiar friends as they journey to 1940s London to save the life of their beloved headmistress, Miss Peregrine.

Hollow City begins at sea as a group of ten peculiar children (and one disgruntled bird) in three small and unsteady boats row for their lives off the coast of mainland Wales, enshrouded by fog and pursued by murderous wights. Their journey to London will take them to a menagerie full of never before seen animals, into a bustling gypsy camp, through war-torn streets and far beyond.

With each of the peculiar children already fully introduced and established previously (rather handily, Hollow City provides a ‘Peculiar Personae’ mini-guide at the beginning of the book for those who need a quick refresher), the story is able to get off to a running start. Or in Olive’s case, a floaty start high above the rain clouds with only a frayed rope to keep her from being lost to the skies forever…

The main thrust of the story concerns the wellbeing of Miss Peregrine, who is now trapped as a bird following her violent treatment at the end of the first book. If she cannot be transformed back into her true form within three days, she will lose the ability to become human again – and her mind – forever. Even worse, she might be the only person who can send Jacob back home to his own time in the present.

Hollow City sees the peculiar children facing one perilous situation after another, testing Jacob to his limit as he wrestles with his new sense of reality, his growing love for beautiful fire starter Emma Bloom (who may or may not be an old flame of his grandfather) and the realisation that his peculiar ability to see and sense hollowcast is the only thing keeping them all alive. Each character is beautifully written and adds something special to the dynamic of the group – Enoch in particular is delightfully frictional, but it’s Hugh and his army of stomach bees that undoubtedly steals the show. 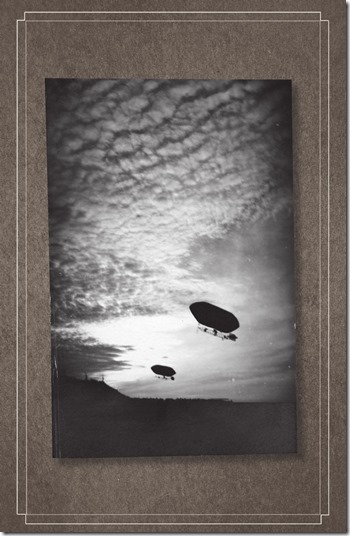 The use of authentic, vintage found photographs makes a welcome return and remains a truly inspired addition. Each image adds so much to the story and they never feel shoehorned in – Quirk Books must once again be commended for sparing no expense. The presentation is extraordinary, with each page printed on thick, premium quality paper that does the lavish presentation justice. This is one book you won’t want to be experiencing on your Kindle.

Hollow City by Ransom Riggs is a more than worthy follow-up to one of the best books of 2011, telling a fantasy tale that nonetheless feels firmly rooted in reality and never fails to entertain and amaze. It does lose some of the impact of the original (which was set in one fully realised and highly memorable location) simply by its very nature as a sequel, but the breakneck pace proves to be a more than acceptable trade-off. With a beautiful graphic novel adaptation of the first book released last year and Tim Burton set to direct and release a move adaptation in 2015, there has never been a better time to immerse yourself in this peculiar and engrossing world.