I had somewhat high expectations of Michael Mann’s latest film, Public Enemies. Based on the true life story of John Dillinger and his gang, who during the Great Depression in 1933 robbed over two dozen banks, I really felt that the hard-hitting grit and powerful portrayal of obsessive men on both sides of the law that had been present in Mann’s classic Heat would transfer really well to this film, regardless of the year it was set. Sadly, I was wrong. END_OF_DOCUMENT_TOKEN_TO_BE_REPLACED

The director that I have chosen as the basis of my auteur thesis in this article is American director Michael Mann, who is also a screenwriter and producer. He made several made-for-television films, before his debut film Thief in 1981. This launched a film career spanning over 20 years to the present day, with his last film being Miami Vice, released in 2006. Miami Vice is itself a re-invention of a cult television show of the same name that Mann produced from 1984 to 1990, amounting to 110 shows altogether. 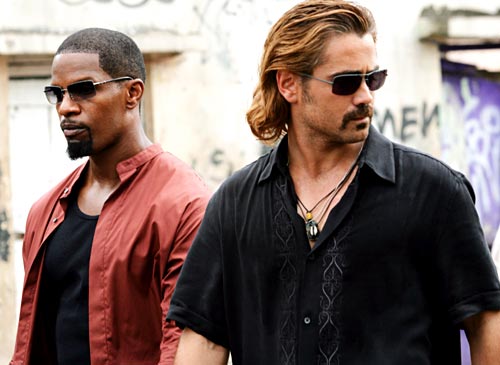 The topic of the auteur is now much more dominant than it has ever been, with the word sometimes being overused. But does it apply to Michael Mann?  END_OF_DOCUMENT_TOKEN_TO_BE_REPLACED