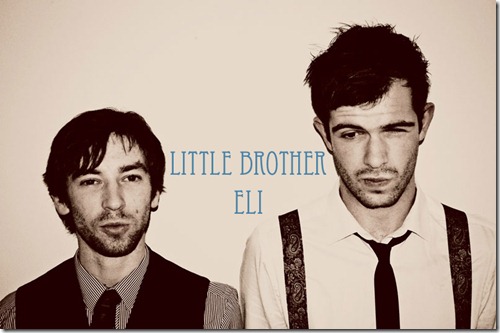 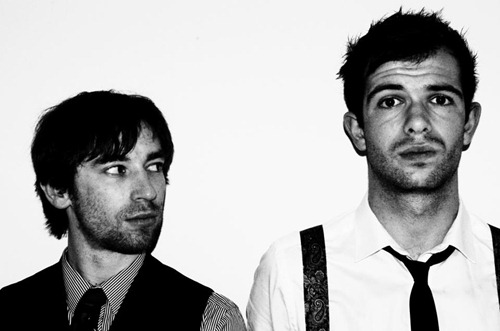 Hi Alex and Joshua, thank you for your time and welcome to AMO! Can you tell our readers a little bit about yourselves please?

Alex: We (Josh and I) are Little Brother Eli. I live in Sheffield, currently a poor undergraduate Sociology student, 6ft 2″. Born in Wolverhampton, raised in the dangerous countryside of rural Oxfordshire, I now reside in the increasingly snowy north.

Josh: I’m currently enjoying the frugal life of a professional musician, living in Oxfordshire and travelling regularly to London, I spend every waking hour working on this magic project that is LBE. I spend every sleeping hour dreaming about LBE success and sometimes Shakira.

How did you both first meet and when was ‘Little Brother Eli’ formed?

Alex: Despite being convinced we were separated at birth, our figurative brotherhood started when I joined a band Josh was in, at about 14 years old.

We played together for years, then the band broke up in about 2010. Then we met up in April of 2012, we were just hanging out, playing bits of music and ended up writing a song called Mary.

It was from this moment we kind of decided that we should write a whole series of songs, something that we’d always wanted to do but never had got round to. Having written all this material we demoed it all and began preparing this project. 6 months of preparation has lead us to this point with Little Brother Eli.

What are your individual roles within the duo?

Josh: I play the bass and Alex provides vocals. We work together on composing, each having fairly equal creative input in the song-writing. I record and produce the tracks because Alex doesn’t have a clue about any of these important aspects! :p 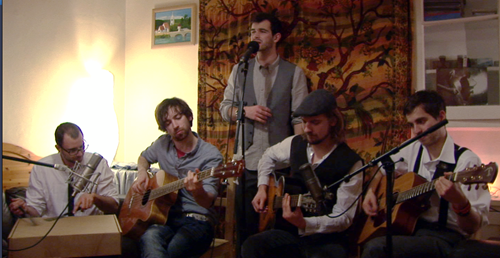 You’ve also assembled a talented band – who are the band members and what do they each contribute?

Josh: Indeed, our talented line-up consists of Linus Taylor (guitars), Adam Stowe (guitars) and Benji Page (drums). Linus and Adam have very different approaches to guitar and their own very unique ways of playing, but they come together to complement each other really well. We couldn’t be happier with the way these guys have built on the LBE project. Benji was another careful selection for our live outfit, he’s got a fantastic ear for creative use of a drum kit and really holds up our sound with a punching, hip hop backbone.

So far you’ve published several live video sessions online – is an EP/album in the works?

Alex: Yeah, the EP is on the way and we’ve got official music videos in the pipeline to support these tracks. If you’re looking for a date, we’re hoping for a late March release. This release should coincide with a bunch of live shows to help promote our music. 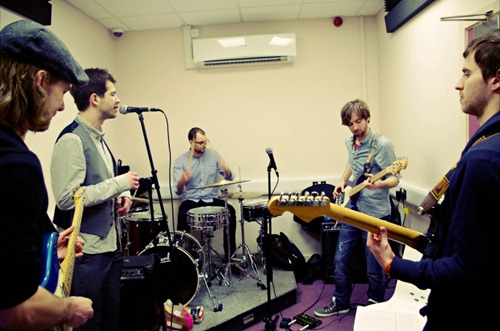 Who writes the songs and what is the creative process behind this?

Josh: As I kind of alluded to earlier, we’re entirely cooperative in the song-writing process. We’ve written well over an album’s worth of material, and the majority of it was conceived whilst 167 miles apart – exchanging mp3 files of song ideas, rough vocal takes and shoddy guitar playing. It was a really creative and exciting experience, despite the hours I spent putting songs together on Logic. Over the summer of 2012, we managed to get together in the same room and bring it all together in a far more conventional manner.

What makes Little Brother Eli stand out from the crowd?

Alex: I think we’ve got a fresh sound, we’re not necessarily creating new elements, but I think the way we’ve put together elements of music that we love gives us something that is fresh and engaging to people. A combination of things helps LBE stand out probably, all of which come together to create our ‘sound’, the overall ‘feel’ someone gets when they listen to the music. One thing that I feel contributes, more than anything else, to people’s experience of music, is the artist’s love for what they do. Josh and I love music, we’ve created something that we connect to and that appreciates what has come before it, as do the band we’ve got together, and I think that that appreciation really comes across in what we write and perform. 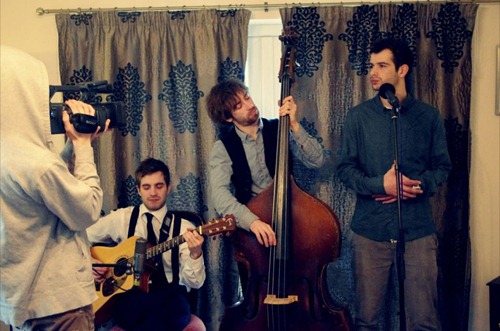 What other musicians/bands would you say have influenced Little Brother Eli?

Josh: I know Alex learnt about melody by listening to his Dad’s ELO records, so Jeff Lynne is a big influence, but we’ve both been steered by the likes of Jack White, Led Zeppelin and The Black Keys. My musical interests stretch far and wide, from funk, soul and hip hop to folk, blues and classic rock. It’s probably worth mentioning the Beastie Boys, Stevie Wonder and Larry Graham as some of my biggest influences that I bring to this project.

Would you say that Little Brother Eli fits into any particular genre of music?

Alex: I guess if you break it up into its components then it’s ‘Contemporary Blues Rock ‘n’ Roll’. But I can’t imagine any artist is happy squeezing their music into being represented by a couple of words in the ‘genre’ column, and I’m the same. Its blues, its rock, its folk, its got hip hop and soul.

What can Little Brother Eli fans expect in 2013?

Thanks once again for your time! I really enjoyed listening to Awkward Positions and Hanging… I can’t wait to hear what you record next!

One response to “INTERVIEW – In Conversation With Alex Grew and Joshua Rigal (Musicians, Little Brother Eli)”

Leave a Reply to Face The King Cancel reply