A Bronx Tale is an American crime drama originally released in 1993. The directorial debut of actor Robert De Niro (who also stars), the film tells the story of Calogero Anello (Lillo Brancato, Jr.), a young man torn between his hardworking father Lorenzo (Robert De Niro) and local mafia boss Sonny (Chazz Palminteri) in the 1960s. Palminteri also wrote the script and it is based in part upon his childhood. The film was released by StudioCanal for the first time on Blu-ray on the 18th June 2012. 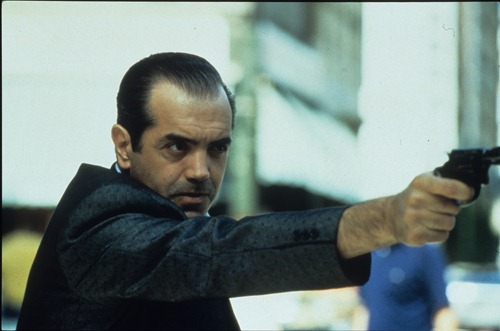 When A Bronx Tale opens, it is 1960 and Calogero Anello (played as a young boy by Francis Capra) rides along with his bus driving father. Whenever possible, he loves to sit on the steps of his apartment building and watch the local gangsters down the street – he desperately wants to be noticed by their boss, Sonny. One day, he gets his wish. He witnesses Sonny shooting another man but refuses to identify him to the police. As a result – and much to his father’s anger – Sonny takes an interest in Calogero, nicknaming him “C” and giving him small jobs – making drinks, serving food – for big money.

Eight years later, Calogero (played by Lillo Brancato, Jr.) is a young man who still regularly sees Sonny against his father’s wishes. He hangs out with a local gang of fellow young Italian men, but Sonny constantly tells him to stay away from them and concentrate on his education instead – the life he leads, he tells Calogero, isn’t for him. A Bronx Tale is a story about two contrasting father figures and how appearances can be deceptive – when Calogero decides to date a black girl, it is his father who seems more uncomfortable, whereas Sonny simply says she could be one of the great ones.

Lillo Brancato, Jr. (most recently known by audiences as Matthew Bevilaqua in The Sopranos) is perfectly cast as Lorenzo’s son – he looks uncannily like Robert De Niro at times and plays the role with a wonderful touch of innocence. He has fallen in with the wrong crowd and his only hope now is that one of his father figures will get through to him before it’s too late. De Niro plays his character’s limited role fairly straight (he’s more actively involved behind the camera) and ultimately represents the proud working man. Chazz Palminteri as Sonny plays a mob boss with a twist – he seems all too aware that he is a monster of necessity. He tells Calogero that it is better to be feared than loved because fear lasts longer. Palminteri is at the same time scary and warm – it is easy to be drawn to him much like Calogero was as a child sitting on the front steps.

A Bronx Tale is a well acted film that tells an engaging story. It sometimes brushes over some of its more meaty subject matters – the subplot with Calogero dating a black girl is slightly underdeveloped and never rings as true as his relationship with Sonny. There is also a last minute cameo by Joe Pesci that is slightly distracting when viewed today – up until this point in the film, De Niro is the only well-known face amidst a sea of unknowns. Regardless, it has aged very well and stands tall as a drama with heart. The Blu-ray makes the film look almost brand new, the only giveaway of its age being the garish green opening titles font (what was De Niro thinking?) and the Stereo 2.0 LPCM audio. The included extras – a ‘Making Of’ featurette and trailer – are presented in standard definition and seem to have been taken directly from the original DVD release. 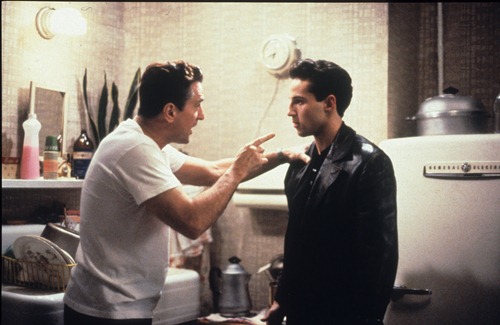 A Bronx Tale is a film worth rewatching in high definition – it tells a good story and the ending is fantastic. It has admittedly aged slightly since 1993 and it certainly isn’t the best the genre has to offer, but the performances elevate the material and grip the viewer from start to finish. Watching A Bronx Tale today is a decidedly bittersweet experience – De Niro arguably never directed a better film and Lillo Brancato, Jr. threw his life away in 2005 when he was involved in a burglary that resulted in the death of an off-duty police officer. The scene of the crime? A house in the Bronx.