AMO recently reviewed Jurassic Park: The Game, describing it as “undoubtedly the best Jurassic Park game ever made.” Following on from this, Telltale Games’ Kevin Boyle kindly agreed to join us for an exclusive online interview where we discussed his role as Executive Producer and discovered why this is the studio’s most cinematic, exciting game yet. We have also included some amazing concept artwork from the game for you to take a look at too!

Hello Kevin and welcome to AMO! Can you tell our readers a little bit about yourself please and your role at Telltale Games/involvement with Jurassic Park: The Game?

Hello AMO. About me: I’m a huge fan of the Jurassic Park movies, I was a dinosaur fanatic as a child, and I have greatly enjoyed my role as Executive Producer on Jurassic Park: The Game.

How does Jurassic Park: The Game differ from Telltale’s previous output?

Jurassic Park is the most cinematic approach to gameplay ever undertaken by Telltale. It’s different from other Telltale games in a number of ways, the most obvious is the fast-paced, run-for-your-life moments, in which the dinosaurs dictate the pace of the action. During these fast-paced moments, we felt the threat of a life-or-death struggle would be empty if the player couldn’t be killed, thus Jurassic Park is the first Telltale game in which the protagonists can be killed.

What is the premise of the game and who are the main characters that the player will control?

The game begins during the events of the first movie, in which Dennis Nedry has disabled the security systems, stolen dinosaur embryos, hidden them in a shaving cream can, and attempted to smuggle them off the island. As you may recall, Nedry loses the embryos and is killed by a Dilophosaurus before he can deliver them to his contacts. The park systems fail as a result of Nedry’s actions, and the dinosaurs begin reclaiming the island. Players take part in the stories of a handful of characters, whose agendas aren’t always perfectly aligned, who are forced to work together as survival becomes their priority. Amongst these characters are chief veterinarian Gerry Harding and his daughter Jess, a smuggler hired to retrieve the canister from Nedry, and members of a team of mercenaries called in on a rescue mission.

The game is highly cinematic and utilises Quick Time Events (QTEs) in the style of Heavy Rain. Was that game an influence at all during development? How do the QTEs add to the game?

References to Heavy Rain have primarily been used as an example of well executed cinematic, narrative-driven action. This has been a goal of Jurassic Park from the initial design. Jurassic Park is a very different game than Heavy Rain, but a similar approach to fast-paced action sequences gave us an opportunity to present the threat of dinosaurs in a manner that let us build tension and ratchet up the pace of the action using cinematic techniques. The end result is something true in tone, pace and style to the Jurassic Park movies. 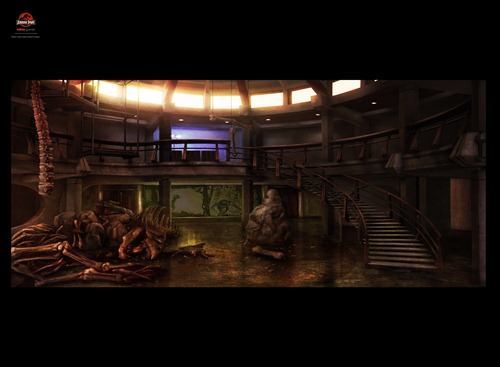 This style of gameplay is something completely new for Telltale. What challenges did building a game this way pose? Could Jurassic Park: The Game have worked as a more traditional point-and-click adventure game, such as your previous release, Back to the Future: The Game?

We felt strongly that a more cinematic approach to gameplay and the inclusion of fast-paced action were going to be necessary to create an authentic Jurassic Park experience. This meant treading new ground, which always comes with challenges, but it has also given our designers freedom to craft tense and thrilling encounters that we couldn’t have otherwise pursued and let our directors, cinematic artists and animators really showcase their strengths.

What steps did Telltale take to ensure an authentic Jurassic Park experience? Was there any collaboration or discussion with the filmmakers or film studios?

Delivering an authentic Jurassic Park experience has always been a top priority for the team. We worked closely with Universal, and found we had very similar ideas about what’s best for the license. The story of our game is new, but it’s woven into the events and canon of Jurassic Park. We worked hard at getting the look and sounds of the dinosaurs exactly right. The dinosaur sounds are so iconic, I was dreading the thought of recreating them. Thankfully, Universal delivered an amazing volume of the original dinosaur sound effects.

Another big step towards an authentic experience was stocking the team with fanatics. We’ve got more than enough super-fans here at Telltale to stand up for what’s right for an authentic Jurassic Park experience. 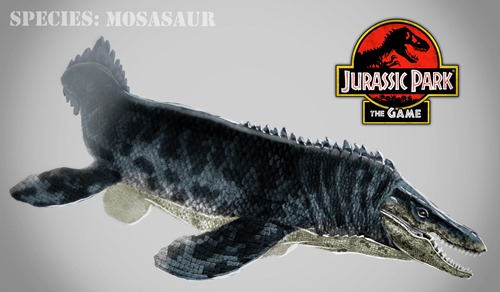 The game takes place on Isla Nublar during the events of the first film. What locations are revisited from the film and what can you tell us about the new locations created exclusively for the game?

We wanted to give players a taste of familiar areas of the park, but also to explore new locations. The clearing where Nedry met his end and the Visitor’s Center are examples of locations that will be very familiar to players. A few examples of areas players will see that are certain to be less familiar are the field laboratory, the Bone Shaker ride, the geothermal power plant, and my personal favourite: the marine facility.

This is the first Telltale game where the player can die! Was it fun to design and create these death sequences?

We have had a great time brainstorming terrifying situations involving dinosaurs and how they can go wrong. Often it came down to the question of, “how far is too far?” The process of feeling around for that perfect balance of shocking and appropriate was a blast. Needless to say, the production team kept a list of content to get in front of the ratings boards early, to make sure our perception of what’s appropriate lined up with theirs.

Thank you for your time and congratulations on the recent release of Jurassic Park: The Game!

One response to “INTERVIEW – In Conversation With Kevin Boyle (Executive Producer, Jurassic Park: The Game)”