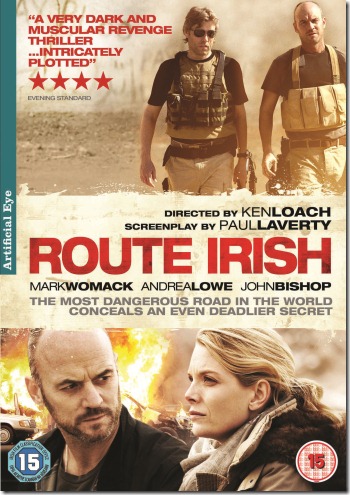 Route Irish is a drama-thriller directed by Ken Loach, starring Mark Womack and stand-up comedian John Bishop. Set almost entirely in Liverpool, the film deals with the lives of private security contractors after they have returned home from the Iraq War. When Fergus (Womack) finds out his best friend Frankie (Bishop) has been killed, he sets out to disprove the official story and reveal the explosive truth.

Mark Womack as Fergus is the driving force of Route Irish, and with good reason. He remains a conflicted character throughout, causing the viewer’s feelings towards him to become conflicted too. At the very start of the film, he breaks into Frankie’s coffin to remove his tie (he hated them) and holds his hand. Later, one too many drinks after the funeral leads to a tirade of abuse and vulgarity. The one thing that stops Fergus ever becoming too dislikeable is his love for Frankie. It burns so hot that you actually begin to worry when he swaps beer for coffee, fist-fights for morning jogs. He is preparing himself.

None of this would work without Frankie himself being an extremely likeable guy, which is why the casting here is so effective. John Bishop does wonders within a limited role, seen only in flashback and heard via phone messages and videos. Although playing his character totally straight, his background as a stand-up comedian certainly helps him to imbue Frankie with a sense of charm and warmth. He is accomplished at winning people over. It soon transpires that Frankie was witness to a horrific tragedy, one that he couldn’t get out of his head. He was making too much noise. All of a sudden, several people had good reason to want Frankie dead. Which perhaps explains why he was thereafter continually sent up and down ‘Route Irish’, the most dangerous road in Iraq, like a yo-yo… 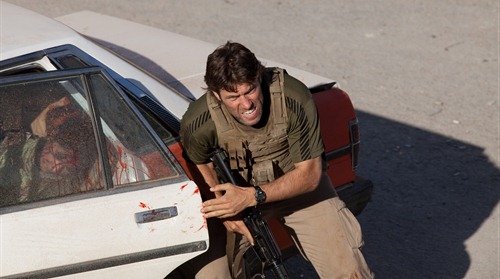 The central mystery, involving an Iraqi mobile phone, greedy private security firms and soldiers going too far is certainly gripping, yet director Loach manages to counterbalance these issues with ones taking place firmly upon home soil. Private contractors receive zero support from the state after returning home and Loach scathingly conveys this oversight in a multitude of scenes, ranging from those depicting the severely limited life of a blinded soldier, to those showing Womack’s worrying habit of peering from his balcony through the scope of a sniper rifle . He also condemns the exploitation of the underclass, tempted by financial gain to warzones overseas, before being shipped back home in body bags.

Fergus’ huge waterside apartment says it all: spacious yet underused, with the main furniture an army cot, clothes laid out in piles on the floor, wardrobes and drawers neglected. Andrea Lowe as Rachel, Frankie’s girlfriend, is effective in a supporting role. Rachel loves Fergus even as she continually blames him for Frankie’s death – he strongly encouraged him to go to Iraq – and the extensive amounts of grief conveyed are handled believably and tastefully. Far more unsettling are the scenes of waterboarding, which were apparently filmed for real on paratrooper-turned-actor Trevor Williams. I personally felt these scenes were justified however, as they showed the true nature of torture and the terror it evokes. 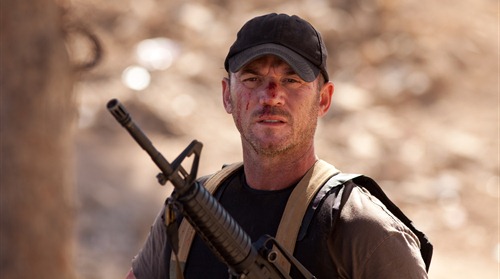 Considering the huge amount of topics and issues covered, Route Irish was never going to be able to wrap everything up neatly come the final credits. Then again, many of the issues touched upon still remain unresolved in real life. The budget sometimes works against Route Irish (the flashbacks in Iraq are limited and would have benefited tremendously from being fleshed out) and the acting, although consistently strong, has few standout moments beyond Womack’s central portrayal of a vengeful ex-solider. Regardless, there is still much to recommend here. Route Irish may not have all the answers, but it asks enough questions to remain a gripping, relevant thriller and for that reason, it is certainly worth a watch.

Route Irish is out now on DVD and Blu-ray.