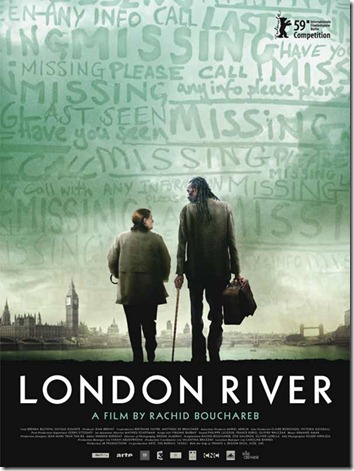 London River is a British drama film directed by Franco-Algerian director Rachid Bouchareb. It tells the story of a Christian woman and a Muslim man and their respective struggles as they search for their children after the 7/7 London bombings. The film premiered at the 59th Berlin International Film Festival in 2009 and has now been made available on DVD in the UK.

Brenda Blethyn (Secrets & Lies) plays Elisabeth Sommers, a worried mother who turns on her television one morning at her home in Guernsey to witness the aftermath of the London bombings. Stock news footage from that terrible day shows a bus with its entire upper deck blown apart. Severely worried when her daughter doesn’t return her calls, she travels to London in sheer desperation to find her and uncover the truth.

Blethyn is wonderful as the everywoman of this drama. She is a typical middleclass mother, a churchgoer who lives a peaceful life and cares deeply for her daughter. Yet  through such dark times her inherent racism comes to light. She isn’t a bad woman, but regardless, she has a fear of the unknown that constantly threatens to engulf her as she suspiciously navigates the local Muslim community. What’s more, she is closer to most of us than we would care to admit. People who only want to help her are dismissed based on their appearance alone and she struggles to accept her daughter’s chosen partner. 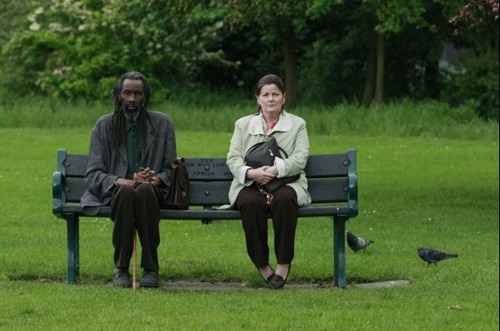 Running parallel to this story is the search of Mr Ousmane (Sotigui Kouyaté) from France, who has promised his wife in Africa that he will find their son who he walked out on when he was just three years old. There is constant pain in the silence surrounding Ousmane, paired with a quiet dignity that is prevalent in every wizened glance. He is a broken man, loose fitting clothes hanging from his frame, the click of his walking stick standing in for a lack of words.

When these two characters finally cross paths (as is inevitable from the outset) Elisabeth’s distrust is almost heartbreaking. Ousmane, only wanting to help her, shows a picture of his son with her daughter at a local mosque. Yet she cannot shake his hand and struggles to even sit next to him on a bench. After fleeing the meeting, she immediately rings the police, fearing her daughter has been “converted”. After all, who speaks Arabic? She fears the worst due to her own ignorance, yet it is amazing that you still feel for her every step of the way. Her suspicions may well be our own. 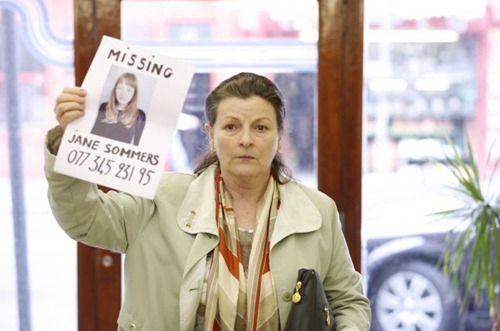 By not focusing directly on the bombings themselves, director Rachid Bouchareb has dealt with a sensitive topic in a tasteful, poignant and humane manner. It is interesting to see a French director looking inwards at Britain as a nation – with an outsider’s eyes – during a time of crisis. It may seem a little too coincidental at first that both lead characters speak French, but at the same time this sharing of a foreign language allows for some beautiful moments of connection between Blethyn and Kouyaté that may have been otherwise lost.

The only thing that ultimately lets London River down is that it doesn’t manage to say anything particularly new. What it does comment about rings true, but can sometimes seem too simplistic for its own good. Certainly, an otherwise basic story is enhanced by two amazing performances, both actors contrasting with each other beautifully. Stereotypes are skirted upon but luckily the damage is minimal; this is worth seeing largely because it ends up telling a surprisingly different story than you would initially expect. Yet at 85 minutes the runtime is brief and one can only wish that the boundaries so obviously on display had been pushed further. Regardless, this is a reflective, emotional tribute.

London River is available from today (11th October 2010) on DVD.