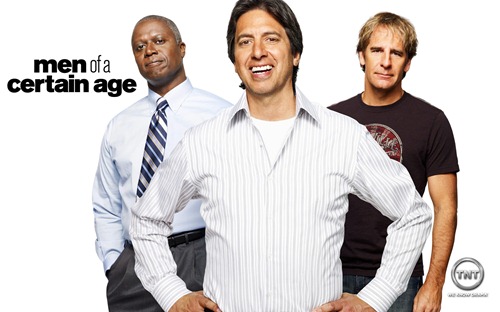 I am a big fan of comedian Ray Romano and have been for a number of years. Everybody Loves Raymond never aired a dud episode in my eyes: everything shown felt like it could happen, even if it was completely over the top. In fact, most episodes had a line or a scene where 99% of the people I know would say “that happened to me!” There is also a running joke on my girlfriend’s side of the family that I am exactly like Ray is in the show. (Lovable maybe? Bah, who am I kidding!) So yeah, I loved Everybody Loves Raymond and felt pretty sad when it finished.

So when I heard that Ray Romano was returning to our TV screens 4 years later, in a drama… I didn’t know what to expect. The title, Men Of A Certain Age, conjured up really bad images of men in their 40’s acting like college wildchilds, before learning a lesson about growing old gracefully. Just goes to show, never judge a book by its cover… and never judge a TV show by its name!

The show surprised me in several ways. There is comedy here, but it is subdued and gentle at best. The real humour comes from scenes and conversations that parallel real life. I am sure many men, although unwilling to admit it, start to notice little things changing as they age… and deal with it pretty badly behind the scenes. I am also sure plenty of people feel unhappy with where they ended up in life… this show portrays this truthfully and quite beautifully.

Ray Romano as Joe is brilliant, a party-supply store owner who could have gone pro-golfer… but didn’t. He is divorced with kids, doesn’t have a drinking problem (refreshing, take note Flash Forward!) but does have a gambling problem. It may not sound like it from my description… but Mr Romano takes a cut-out and makes it three-dimensional. I was amazed as his dramatic range; one phone call to his ex-wife is quite heartbreaking. 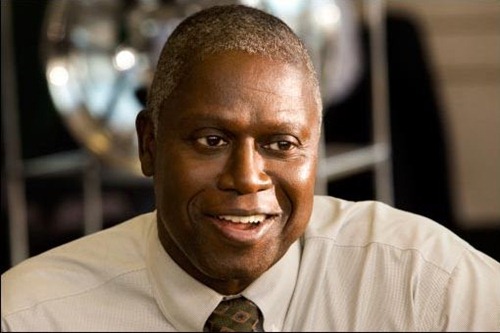 Andre Braugher plays Owen. Viewers may recognise him most recently as the psychiatrist Dr Nolan in House MD. Here, he is an overstressed husband/ dad, who works for his father’s car dealership. He has huge anger management issues at the best of times. Again, amazing acting. He takes something that could have been handled badly and makes the character likeable, for all his faults. 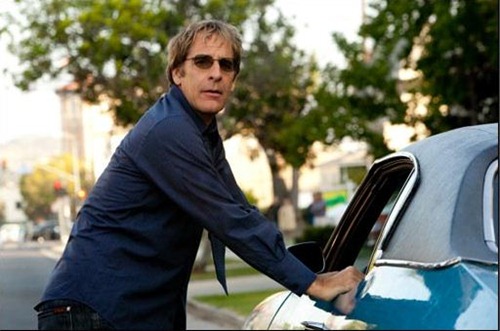 The main trio is rounded off by Scott Bakula (Sam from Quantum Leap!), playing a struggling actor with a taste for younger women. Boring myself now, but again, the role is played really nicely; not a trace of overacting at all. If anything, Bakula plays the character as kind of defeatist… sex tires him out, but it is also a final link with youth and feeling desirable that he doesn’t want to let go of. Who doesn’t want to feel like that, right?

Together, the three have a wonderful chemistry that really sells the idea of their long-term friendship on-screen. Their conversations, observations and activates are hilarious without being stupid. It all rings true.

Sure, the story has only jus begun, but TNT/ Ray Romano (he is also a writer/ producer on the show) have done something quite admirable here. They have made a film about a group of male friends and not had a scene of them getting drunk, half naked or stoned in the first episode. The issues tackled feel real and very observational. Furthermore, at the end of the 40 minute pilot, you care.

Missteps? Sure, there is one moment of CGI that looked quite cheap (I will let them off though because the scene itself was so funny and using a real animal could have been difficult/ cruel) a scene near the end breaks the reality a little bit because it is quite bizarre (a wander in the woods) and there is still a long way to go before the ongoing plots will reveal themselves properly. At the moment we have little more than good acting from the three main leads… and promise.

Yet the show does hold this aforementioned promise in abundance. The actors are being natural and not overacting, the theme song and credits are awesome (The Beach Boys – When I grow up (to be a man) needs to go on my iPod now!)… oh and there are some pretty sexy, non-slutty women in it as well. I like how Men Of A Certain age isn’t just playing it safe: I will definitely be tuning in for episode 2.

You can also check out more info about the show on its official site.

3 responses to “TV REVIEW – Men Of A Certain Age”