FILM REVIEW – I Am Not A Serial Killer (Blu-ray) 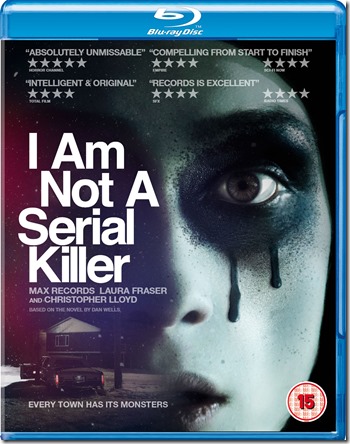 I Am Not A Serial Killer is a low-budget horror/thriller film based on the young adult novel of the same name by bestselling author Dan Wells. Directed by Billy O’Brien, the film stars Max Records (Where The Wild Things Are) as John Cleaver, a teenager that has been diagnosed as a sociopath. Christopher Lloyd (Back to the Future) stars as his elderly neighbour Bill Crowley. Max supresses his homicidal thoughts and urges by following a strict set of rules that allow him to appear ‘normal’.  But when a serial killer comes to their small Mid-West town, Max can’t help himself. He begins to investigate…