Alternative Magazine Online reviewed the She Never Sleeps EP in 2012, describing it as “the dull ache and lonesome musicality of Ray Lamontagne with slightly more light at the end of the tunnel”, before going on to say that Zach Hurd is “a singer songwriter that’s crying out to be discovered by the masses and truly deserves to be.” To fund his 4th studio album, he is hoping to raise $10,000 via Kickstarter by the 20th October 2013. AMO is therefore proud to present yet another exclusive online interview with the hugely talented New York City-based musician Zach Hurd!

Hi Zach, thank you for your time and welcome back to AMO!

Thanks for having me back!

What have you been up to since I last interviewed you way back in June 2011?

That seems like a long time ago. I released an EP, did some touring in Europe (which was super fun), got featured in Paste Magazine and got to perform on WXPN radio.

Would you say that your exposure as a musician has increased since then?

Yeah, it’s definitely increased a lot. I’m anxious to get a new project out there.

You moved from Maine to New York City six years ago to pursue music and become a better songwriter. Has the city proved inspirational to you as a musician?

Definitely. It’s a fun place to be an observer. There’s so much to see and I think coming from somewhere so different gives me an interesting perspective. I’ve also learned a lot from just watching other artists here.

I really enjoyed the ‘She Never Sleeps’ EP, as I’m sure you could tell from my review! What was your favourite track?

Probably ‘Brooklyn Raining’. That was the first one we worked on. Robert Di Pietro (the producer) wanted to keep it stripped back, instrument-wise, and I’m glad we did. I have a tendency to want to throw in a lot of different instrumentation on a song.

You recently announced the ‘Zach Hurd – 4th Studio Album’ Kickstarter – what can you tell us about this?

It’s financially taxing to fund an album on your own, so this time around I decided to go to my fans first. It’s essentially a way for people to pre-order the album – and if they’d like to contribute more, they’ll get more in return. It also allows me to have all the funds needed for the project up front.

I found the Kickstarter video really funny! Was it enjoyable to make?

Glad you liked it! It was definitely fun to make. My friend Scott Fahey did all the shooting and editing. I knew people wouldn’t have a ton of time to sit down and watch a long video during their busy schedules, so we tried to make it short and sweet.

It’s to cover all the costs for studio recording, mixing the songs, mastering them and then pressing the hard copies. It’s a lot of money but a lot goes into making an album. 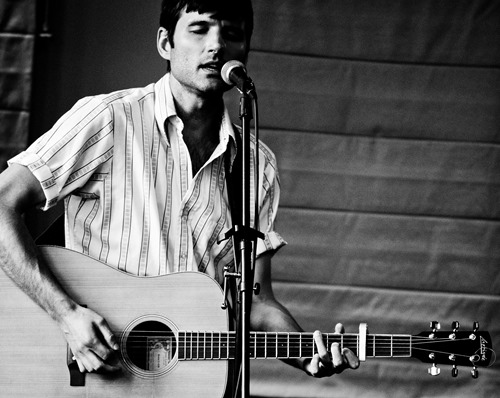 How long have you been working on this album?

I think this album has been brewing since I moved to the city. But it’s really taken shape over the last year.

Have you already started recording some of the tracks?

Yes. I’ve also been doing a lot of demo recording at home just to get some ideas together before we go into the studio.

Will any other musicians be collaborating with you to create the album?

I’ll definitely have some other musician playing on this album. And I’ll be collaborating with Stephen Schappler and Richard Levengood from THUMP Studios.

Do you think this is the best album you’ve written to date?

How will this album differ from your previously released material?

All of the songs together will tell a story, which is something I’ve never done before. Each song will kind of be a different chapter.

Where did the idea for the ‘story’ of the new album come from?

It just kind of evolved. I started to notice a common thread with the songs I’d been writing recently and over the past few years. I started to imagine these characters, two kids, that were living in the city being from a small town.

What rewards can backers look forward to?

There’ll be a live recording available, handwritten song lyrics and a limited edition screen printed poster among other things. *If you’re reading this, stop by the Kickstarter page and check it out.

When do you hope to release the album?

What songs/albums are you listening to at the moment?

I just went back to Bruce Hornsby’s, ‘The Way It Is’, I love that album. I’ve really liked the latest singles that Beck’s been releasing. And I just heard this tune ‘Pet Carrot’ by Ellen Kempner’s project Palehound – the rhythm section on that track is so good! Reminds me a lot of the early 90s.

Thank you for your time Zach! I’m a big fan, I’ve backed the Kickstarter campaign and I can’t wait to hear the new album!

Thank you so much for supporting the campaign and thank you for having me on again, Marty!

For more information about Zach Hurd’s latest album – and to pledge your support – please visit: