The Star Wars franchise is easily one of the biggest merchandising machines ever invented. Countless books have followed its success, and for every character that has appeared on screen, Hasbro have turned around and made a toy. Out of the dozens of games that have been set in the Star Wars universe, the story of an anti-hero secret apprentice to Darth Vader blew fans away. A sharp, 3D action game set between Revenge of the Sith and A New Hope, The Force Unleashed was the closest thing to becoming a Jedi. Two years later, does the sequel have the same impact that the original had? Don’t bet on it. 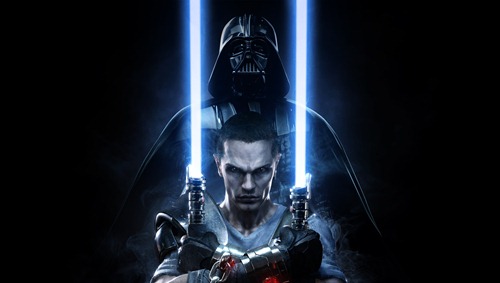 When The Force Unleashed came out, it was so unique and innovative – for a Star Wars game at least – that it was impossible not to enjoy. After all, who can deny the fun in being able to pick something up with your mind, shock it and send it flying towards a hapless victim? This time around, players have an extra lightsaber (which is used for some impressive looking combo strikes) and the old Jedi Mind Trick. There’s absolutely no difference between the two titles after these changes – controls and abilities are spot on between them. You also start the game with almost all abilities unlocked, making levelling up a minor satisfaction at best.

Starkiller’s story is a little more simplified this time around. A clone of the original, he escapes the facility that raised him, reunites with his old teacher, General Kota, and doggedly chases after his pilot-turned-love interest, Juno Eclipse (played once more by British actress and model Nathalie Cox). When he gets close to a reunion with her, old fan favourite Boba Fett arrives to capture her and bring her to Darth Vader, who knows the clone of his old apprentice will follow. Sure enough, he does.

The only character that has even less screen time than Fett is Yoda, who appears very briefly to point our dramatic hero back to the struggling Rebel Alliance that he had founded in the previous title. Another nod to the first game, Force Unleashed II has two endings to choose from. I don’t want to spoil anything but both endings are pretty haphazard.

The game may be full of iconic Star Wars props (like the chicken legged AT-ST) but it doesn’t actually feel much like a Star Wars game. The plot of finding lost love feels slapdash at best, and the old good vs. evil theme that the movies were known for is now pushed far into the background. Honestly, it left me pining for the old Rogue Squadron games. Regardless of your ending, the story no longer ties in with the films, prompting the need for DLC or a third game to finish it neatly.

Mentioned earlier, Starkiller now wields two lightsabers. The swinging combos he performs with both weapons look impressive but soon enough you will hardly notice them. The controls are virtually identical between both titles. If you’ve finished the first instalment just recently, you’ll slip back into the playing style right away. The new game also keeps the costume selection, allowing you to play as simple background enemies or, in a cameo from LucasArts’ Monkey Island franchise, Guybrush Threepwood.

One difference is the new selection of lightsaber crystals. Where before you could pick a colour and a power to assign to your blade, now each power comes with its own respective colour. You can choose to swing two different blades that compliment your style or a matching pair to further the effect. Providing you find them scattered about the game first of course.

As far as graphics go, the Force Unleashed II does deliver. The steel floors are so polished they’re practically reflective, and the atmosphere is always spot on. In rainy areas, small wisps of smoke curl and rise from the player’s lightsabers. LucasArts have proven in their previous Star Wars games that they can develop some stunning textures, and to be honest they could have been lazy and just replicated those here. Instead they’ve shown that the devil really is in the details, and Force Unleash II is brimming with them.

Force Unleashed II is an okay game, but that’s it. It looks great but the gameplay gets old fast. In the time it took between the two titles, I expected a lot more and I was ultimately disappointed. Besides getting Stormtroopers to leap to their deaths, Starkiller has no new tricks in his bag and the truth about his origins becomes a complex mystery that’s never solved. It would be easy to ignore these issues if they weren’t being brought up all the time. The one thing that ultimately hurts this game the most is its length. An average run through is about four hours long and you visit three different locations (four if you want to include the two minute talk with Yoda) before you see the credits roll. 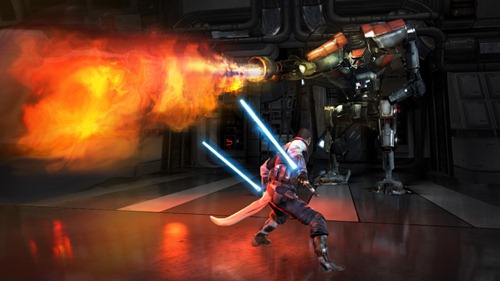 The only thing that’s worse is the game doesn’t try to hide that it’s been built specifically for DLC packs. Now, no one likes DLC more than me – it can breath new life into something you’ve played to death. But the first game’s DLC were (and still are) insanely priced for what they offered. We might get an extra location suited to one of two endings and some achievements/trophies if we’re lucky.

Force Unleashed II needs at least three or four more missions to hit the same length that the first game reached. So far the first pack has already been confirmed (featuring slaughtered Ewoks and only costing a dollar as a thank you to fans – make of that what you will) but as far as the future packs and prices go, I for one won’t be holding my breath. I can only hope that they follow the canon ending and make the game fit back into the film’s timeline. Otherwise we’ll have to pick up Force Unleashed III in a few years.

If you absolutely have to play this one, then wait. Wait until mid 2011 when you can either buy the game and all of its added content in one go, or your local retailer has marked it down to half price. Still, it’s undoubtedly a pretty game to play – it’s sharp and full of astounding graphics, which ultimately scrapes Star Wars: The Force Unleashed II its final score.